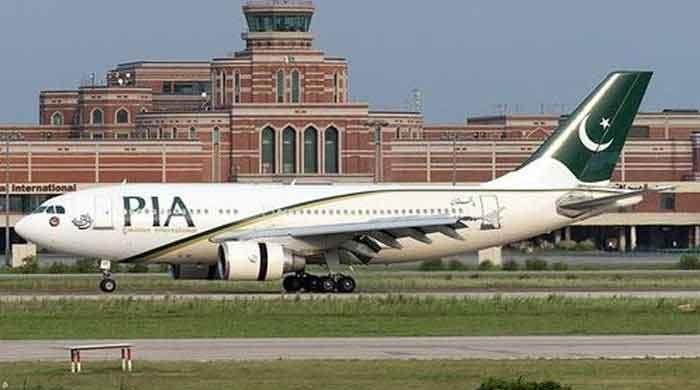 The Civil Aviation Authority (CAA) announced on Thursday that the government has allowed domestic flight operations to resume in the country, barring a few airports, from midnight tonight.

“All operators will be required to implement the established guidelines, standard operating procedures (SOPs), and to seek prior schedule approval from the competent authority,” said the CAA in a series of tweets.

The airports that have been barred from resuming domestic flight operations are Turbat, Pangjur, Dalbadin, Zhob, Pasni, Moenjodaro, Nawabshah and Bahawalpur.

The regulatory authority also shared that cargo, special flights and private aircraft operations will also be available at all airports if they comply with the relevant SOPs.

In May, Pakistan had partially restored domestic flights by allowing the opening up of some airports for intra-country flights.

The government had allowed limited domestic flight operations from Islamabad, Karachi, Lahore, Peshawar and Quetta. At the time, only PIA and Serene Air were allowed to operate domestic flights.

The CAA had said the Aviation Division had prepared “very strict SOPs ensuring disinfection, social distancing and safety for the airline crew and passengers”.

The SOPs for domestic passengers and chartered flight operations require disinfection of the aircraft prior to boarding, at least one vacant seat between the passengers, compulsory wearing of masks and use of hand sanitiser. Luggage shall also be disinfected prior to loading onto the aircraft and after arrival at the destination airport, the CAA said.

No food and beverages will be allowed during domestic flights. “Airlines are required to maintain emergency PPE in every aircraft to deal with any health emergency during flight,” the CAA added.

Furthermore, every passenger will be required to fill a health declaration form prior to boarding aircraft, which includes identification of the passenger, brief travel history during the past two weeks, current health state and an undertaking to comply with the SOPs.

At the airports, the passengers will undergo thermal scanning both on entry airports for departure and upon arrival at the destination city. “Anyone with raised body temperature on visible symptoms of COVID-19 shall be examined by a health professional and required action, if any, shall be taken as per advice of the health professional,” CAA had said.

Social distancing shall be maintained at every stage of departure and arrival formalities, the body said. “No protocol would be allowed beyond the briefing area. No meet and greet at the airport shall be allowed. The drivers shall stay inside the vehicle in the parking lot,” the CAA concluded.

‘If our legs were shaking, would we have shot down two planes?’: Gill hits back at Ayaz Sadiq