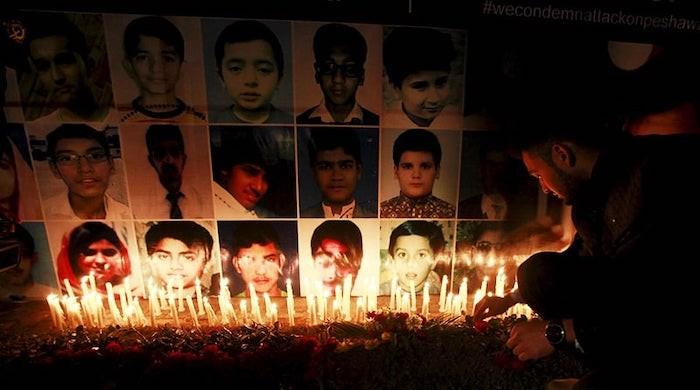 Pakistan is mourning the sixth anniversary of the 2014 terror attack at the Army Public School in Peshawar that martyred 148 people, making it the deadliest act of terrorism in Pakistan’s history.

Prime Minister Imran Khan  said that the devastating attack united Pakistan in the fight against terrorism. He made the statement at an inauguration ceremony of a cardiological institute in Peshawar.

“After the APS attack in 2014, our people had decided to fight the war against terrorism together and now you can see that the law-and-order situation of the country is completely different,” he said.

Ministry of Foreign Affairs said the massacre continues to remain a scar on the collective memory of the nation. “We cannot forget the agony of this day,” it stated on Twitter.

Federal Minister for Planning and Development Asad Umar reflected that December 16, 2014 was a dark day for humanity.

PPP chairman Bilawal Bhutto Zardari noted that the bloodshed of innocent children and martyrs of the APS attack continue to shake the “conscience of the nation until the perpetrators and facilitators of this gory crime were not brought to justice”.

“Being the son of a martyr Mohtarma Benazir Bhutto, I, and the PPP, stand in complete solidarity with these parents,” he added.

“The terrorists snatched children and our future,” wrote PML-N vice-president Maryam Nawaz. She added that the martyrs were avenged by the armed forces during her father, Nawaz Sharif’s, government.

Khyber Pakhtunkhwa Governor Shah Farman said the nation “will never forget what they [martyrs] did for the cause of the nation”.

“Sacrifices of the students martyred in the tragic APS incident would always be remembered,” said KP Chief Minister Mahmood Khan, adding that the security forces and the nation are united to eliminate terrorism from the society and the government would always extend a helping hand to the bereaved families of the APS.

“Words will never be enough,” wrote KP Finance and Health minister Taimur Saleem Jhagra. “On this day, the memory of those who sacrificed their lives at #APSPeshawar must spur us on to build a country where the future of millions of children is bright.”