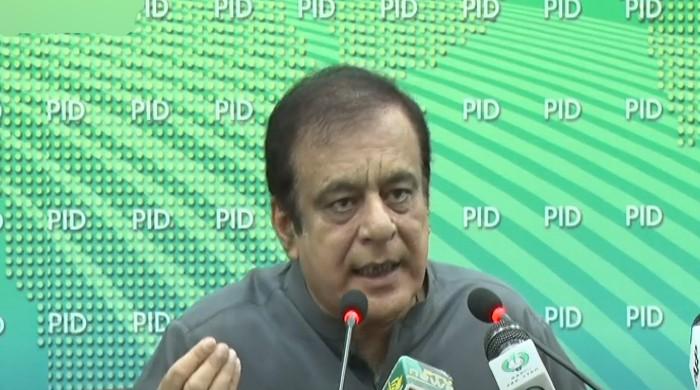 Nawaz has addressed several meetings via-video link from London — where he is residing currently for his treatment — and slammed the government for its current policies.

According to Radio Pakistan, the information minister said that the PML-N was misleading the masses and pursuing a narrative that had nothing to do with reality.

“They have done nothing for the country, except pursuing anti-people policies,” he said, adding that they entered into costly energy contracts with foreign companies that had led to a surge in gas and power rates.

The information minister said the PML-N had deliberately ruined the country’s economy to create hurdles in the way of the next government.

Shedding light on the country’s economy, he said that the PTI government had inherited a current account deficit of $20 billion and a debt of Rs30 trillion.

The information minister said that the PTI government had reserved Rs2.9tr in the budget to pay off the interest of the loans taken by the previous regimes.

Faraz reiterated that the “PML-N government had wasted $23 billion to artificially control the dollar’s value”.

The minister said that the country’s exports and remittances are on an upward trajectory and foreign exchange reserves are now in a comfortable zone. “We have collected around Rs1tr in taxes during this quarter, which is above the target.”

Talking about the Opposition’s statement on the China-Pakistan Economic Corridor, he said: “CPEC is a reflection of [the] historic friendship between Islamabad and Beijing […] The Opposition should refrain from harming the fraternal ties between the two countries by politicking on CPEC projects.”

Faraz said that the incumbent government was committed to complete CPEC’s projects “at the earliest”.