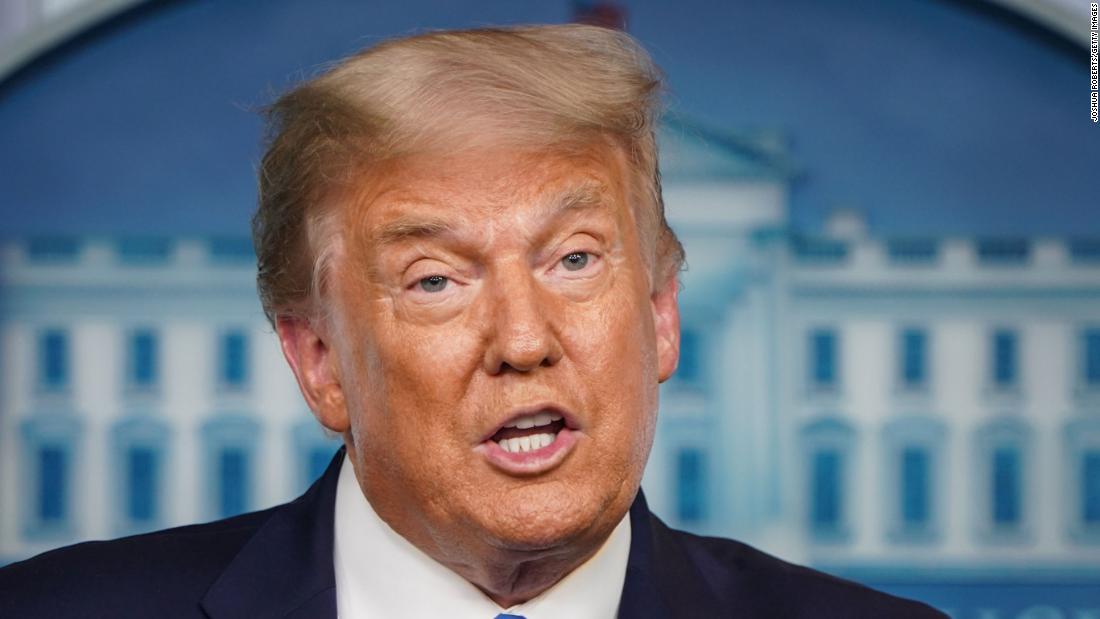 But the New York Times’ report revealing insights from two decades of tax returns might shed some light on why Trump appears ready to shred every democratic norm to hold onto power.

He may not just be running for a second term — he may be running to stay one step ahead of his creditors and possibly his prosecutors.

As University of Chicago Law Professor Daniel Hemel wrote in the Washington Post: “The stakes for Trump this fall are far greater than for past presidents seeking reelection. For him, a loss would mean not only the end of a political career, but also — potentially — personal and financial ruin.”
The first reaction for many after the Times published its report was fury at the fact that, as Hemel notes, a self-styled populist billionaire paid less in federal income tax than an unmarried full-time worker making $9 an hour.
Other details raised serious questions — like his daughter Ivanka Trump apparently getting paid almost $750,000 as a consultant on deals while she was also serving as an executive officer of the Trump companies. The tax system is rigged and it’s got to get fixed. Trump has called the Times’ reporting “totally fake news” but also illogically said it was based on “illegally obtained information,” which would imply that there’s a basis to it. In contrast to Trump’s claim, The New York Times noted that, “All of the information The Times obtained was provided by sources with legal access to it.”

Trump also said he has “paid a lot” of federal income tax.

Though he is not currently facing any charges, if his returns did lead to tax fraud charges, it would apply to any material, knowing misstatement on a tax return — like falsely inflating losses to pay less taxes. And bank fraud would apply if Trump falsely inflated his assets to get loans.
According to Trump’s former fixer Michael Cohen, Trump has a record of overstating his assets. In 2019, Cohen told Congress: “It was my experience that Mr. Trump inflated his total assets when it served his purposes, such as trying to be listed among the wealthiest people in Forbes, and deflated his assets to reduce his real estate taxes.”
Since then, the Manhattan District Attorney Cyrus Vance Jr. said Trump could be investigated for tax fraud. (In response to a subpoena from the DA’s office for eight years of Trump’s tax returns, a lawyer for the Trump Organization, said, “We are evaluating and will respond as appropriate.”) Baseball greats Pete Rose and Darryl Strawberry did stints in prison for far less.

Trump’s second issue stems from a mountain of debt. According to the Times, “He is personally responsible for loans and other debts totaling $421 million, with most of it coming due within four years.”
And here’s the thing: We don’t know who President Trump owes all that money to — but it raises real concerns that some see as a national security threat.
“A vulnerability could be exploited by an adversary,” said Robert Cardillo — a former intelligence official in both the Obama and Trump administrations. “If we as an intelligence community were assessing a foreign leader, and trying to understand his or her stability, and knew of outsized debts to a foreign or even to a national entity, we would see that as a risk.”
Or, as Bloomberg Opinion columnist Timothy O’Brien noted: “If Vladimir Putin, for example, can backchannel a loan or a handout to the president, how hard is Trump going to be on Russia? Not that we should worry about Trump’s relationship with Putin. That’s just a hypothetical question.”
(The Times’ reporting didn’t reveal any previously unknown connections between Trump and Russia.)
Excessive debt is a red flag when considering who should be granted security clearances. Federal guidelines say, “Failure to live within one’s means, satisfy debts, and meet financial obligations may indicate poor self-control, lack of judgment, or unwillingness to abide by rules and regulations, all of which can raise questions about an individual’s reliability, trustworthiness, and ability to protect classified or sensitive information.”

But make no mistake — this is all serious enough to increase Trump’s sense of desperation. Among other things, all his favorite Twitter insults directed at opponents — Failed…Dishonest…Weak…Liar and Loser — would apply to him forever.

And that’s before the creditors and the prosecutors possibly come calling.