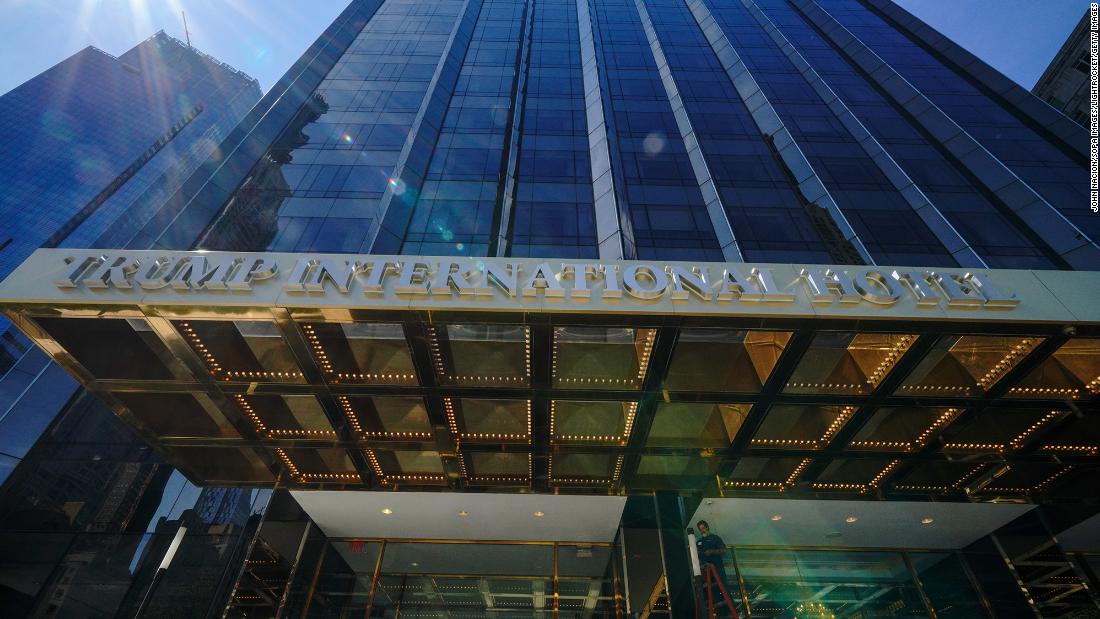 Answer: basically every American who works hard and plays by the rules.

They show that his image has been phony since day one: a self-styled billionaire (mostly through his role on The Apprentice) whose companies have been bleeding millions of dollars for decades. Or, as The Times put it: “They demonstrate that he was far more successful playing a business mogul than being one in real life.”

But this came at a real cost to US taxpayers. Because Trump’s own tax returns show that he paid no federal income taxes in 10 of 15 years.

That’s not a typo. But it is evidence of a broken system.

Because it means that Trump — who has primarily lived in a tower on 5th Avenue and at an estate in Palm Beach — paid less in taxes than the average American family, which makes just shy of $69,000 a year. Actually, it’s even worse than that, according to NYU tax professor Lily Batchelder: Trump paid less, on average, than every income group making more than $20,000.
That means Trump paid less in federal income taxes than the average single grade school teacher, nurse, cop, farmer, firefighter, miner and truck driver. There are janitors and fast food workers who pay more in federal income taxes than the populist billionaire president.
And that’s not all: Trump’s $750 in federal income taxes is about half the monthly average rent families pay in most US states.

This is real “man of the people” stuff here.

And just to make it more relatable, Trump claimed more than $70,000 for getting his hair styled, according to The New York Times’ report. Again, that’s more than the average American family makes every year — for his hair.
He enjoyed tax benefits for a lavish estate in Westchester County, New York, and paid more taxes in Panama ($15,598), India ($145,400) and the Philippines ($156,824) than to the United States of America, the report found.

He was able to pull this off through loopholes and because of his astronomical losses. The Times concludes that there were years Trump “lost more money than nearly any other individual American taxpayer.”

If you ran a small business that lost money each year, you’d go bankrupt.

But Trump kept living a lavish lifestyle while losing millions of dollars, and parlayed it into becoming president, in part by assuring people he was a successful businessman. As this report shows, he isn’t.

In fact, The Times calculates that “this time around, he is personally responsible for loans and other debts totaling $421 million, with most of it coming due within four years. Should he win re-election, his lenders could be placed in the unprecedented position of weighing whether to foreclose on a sitting president.”
The American people should know exactly who our President owes all that money to. This could be a national security issue. After all, as CNN’s Josh Campbell points out, “significant delinquent debt disqualifies most people from obtaining a government security clearance. The U.S. government views this as a vulnerability and a point of leverage for foreign adversaries seeking access to classified information.”
At the very least, it creates a thicket of conflicts of interest, as detailed in a new report by the watchdog group Citizens for Responsibility and Ethics in Washington. But the initial revelations in these tax returns could have far more serious implications that spur Trump’s desire to stay in office at any cost.
So while Trump rails against elites and campaigns as a “law and order” candidate, his actions remind me of the infamous words from another New York real estate magnate who inherited her money, Leona Helmsley: “Only the little people pay taxes.”

Except this time, the contempt for hardworking men and women who pay their taxes comes from the President of the United States.

Biden to be inaugurated as 46th president as Trump leaves Washington