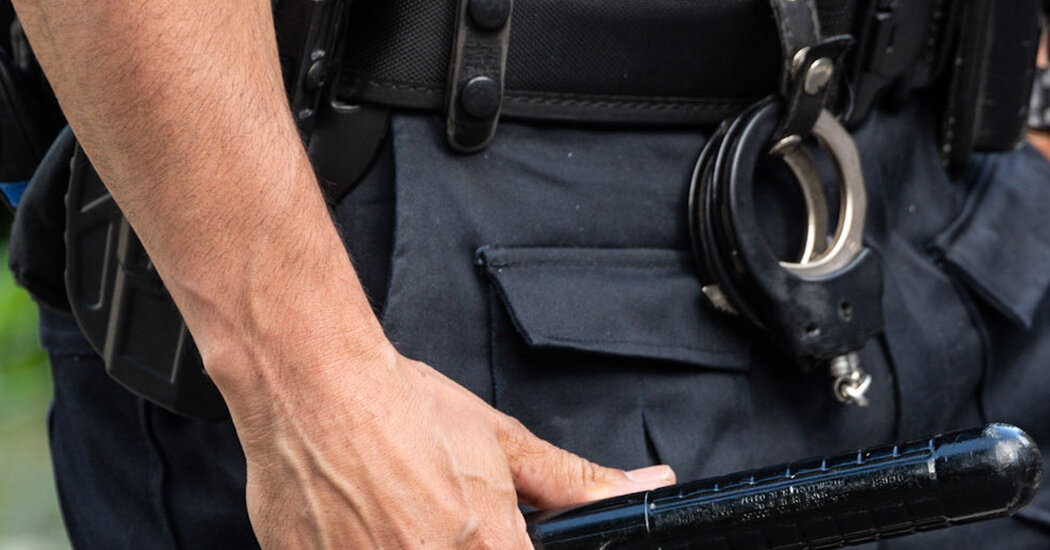 Since the death of George Floyd sparked a wave of national protests, at least 42 of the 50 largest cities in the country have adopted new rules aimed at curbing abuses by the police, according to a tally by Samuel Walker, an expert on police accountability who is affiliated with the University of Nebraska Omaha. From May through August, 15 cities banned chokeholds. A dozen passed “duty-to-intervene” statutes, requiring police officers to act if they see a fellow officer endanger a civilian. Still others banned so-called “no knock” warrants or changed policies related to the use of force.

Those reforms are important in and of themselves, and they also serve as a reminder of the power of collective action to influence new policies. Yet this list’s potential to create real change will be seriously limited unless city leaders and state lawmakers take on an entrenched barrier to reform: labor arbitrators. These are the men and women who routinely reinstate abusive officers who have been fired for misconduct.

Labor arbitrators have ordered police chiefs to rehire officers fired for deeds as outrageous as sexually assaulting a teenager in a patrol car, driving the getaway car in a murder and fatally shooting an unarmed driver, according to a 2017 investigation by The Washington Post.

Cases like these have a corrosive effect on society, serving as proof to many Americans that the current system cannot be reformed. These cases also demoralize mayors and police chiefs who have worked hard to remove problem officers, only to face orders from unelected arbitrators to give those abusive officers their badges and guns back. It doesn’t matter how much a police department overhauls its use of force policy, or how strictly a police chief enforces those new rules if unelected arbitrators reverse the punishments of officers who violate the rules.

Orders to rehire are far too common. One study of 624 arbitration awards by Stephen Rushin, a law professor at Loyola University Chicago, found that arbitrators forced departments to rehire officers 46 percent of the time, frequently with back pay.

The reasoning used to justify such decisions often rests on the notion that punishments are only fair if they are applied equally across time, a concept in labor law referred to as “past precedent.” It has been standard practice for more than half a century to defend employees who are treated more harshly than others who had committed similar offenses in the past. In 1964, when the labor arbitrator Carroll Daugherty included equal treatment on a list of seven factors used to determine whether a punishment was just — the so-called “Daugherty’s tests,” which are still widely used today — it was the gold standard of fairness. It protected Black officers from being singled out for doing the same things white officers did. But today, this concept has become the root of impunity. It often means that an officer can’t be fired for abusive behavior or racist misconduct if other officers have committed similar offenses in the past and gotten away with them.

This practice should end. While police officers deserve due process and protection from arbitrary disciplinary action, it is far more important that abusive or dishonest officers be removed than that they receive equal treatment.

Police officers are not like other workers. They carry guns and have the ability to deprive members of the public of life and liberty. A labor arbitration process that prioritizes the rights of individual officers over the community’s right to freedom from abusive police officers demands reform.

To be sure, curbing the power of these arbitrators won’t be easy. Some states have labor laws that guarantee arbitration to public service employees. Others have a Law Enforcement Officers Bill of Rights that guarantees a right to arbitration if an officer chooses it.

But perhaps the biggest victories that protesters achieved this summer were related to campaigns that pressured state lawmakers and city officials to chip away at this longstanding problem. Officials across the country are vowing to try to limit the right to arbitration when they negotiate new police contracts, although efforts to do so are bound to be stymied by powerful police unions. In Oregon, state lawmakers passed a law this summer that curbed the power of arbitrators to change punishments in certain cases. (Efforts to place similar curbs on arbitrators had failed to garner sufficient support in previous years.) State lawmakers could also change how arbitrators are selected. Minnesota lawmakers just passed a law that made arbitrators appointees of the governor, making them more accountable to democratically elected officials and the community.

Much more needs to be done to reign in the power of labor arbitrators, but at least it is a start. Cities that are interested in taking this on could look at municipalities in California, like Burbank and Cathedral City, that have hybrid systems where arbitration decisions are nonbinding. Officers still have the right to argue their cases before a neutral body, but the ultimate decision to terminate an officer is left in the hands of the city manager, who is accountable to the community. That’s where it belongs.

Earth is closer to supermassive black hole than we thought