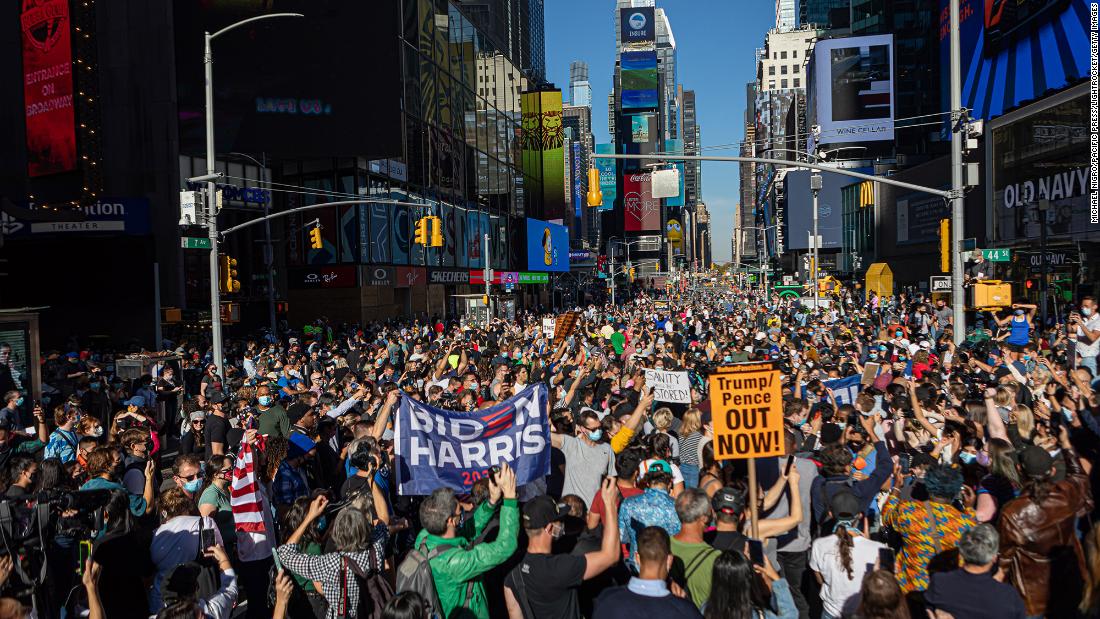 Optimism has long been one of the distinguishing features of the United States and its people. That sunny disposition clouded over for at least half the country after Donald Trump won the presidency four years ago. That era is now coming to an end, but not before converging with the most catastrophic public health crisis in a century.

Is it reasonable now for those of us who found the Trump presidency abhorrent to rekindle our optimism?

First, a confession: as much as I have written about the dangers posed by Trump, I spent the past four years telling my most pessimistic friends that I remained convinced American democracy, with its deep roots, would survive Trump’s onslaught. Another confession: I had more doubts than I let on.

Now, like so many others, I find it exhilarating to hear President-elect Joe Biden address the country’s challenges with the seriousness they deserve. Undoubtedly, he and his team will make mistakes. But the essence of those errors will be different. We’re getting rid of a President who entered the office drenched in conflicts of interest; who surrounded himself with figures of questionable competence and brittle ethics.
Biden’s first cabinet choices bring qualified, decent, respected public servants back into government. After an administration that slammed America’s door to refugees, that separated migrant children from their parents and put them in cages, we will have a Department of Homeland Security, responsible for guarding the borders, led by a man who came to the United States as a refugee. Alejandro Mayorkas, a Cuban-born Jew, fled the communist dictatorship as an infant with his family. His mother’s family had fled the Holocaust.
The President who became an idol to White supremacists, who found “very fine people on both sides” in clashes between protesters flashing Nazi salutes and chanting “Jews will not replace us” and those declaring that America stands against prejudice, is being succeeded by one who is bringing in capable public servants of all ethnicities and backgrounds into government. While Trump once made a cringeworthy spectacle of having his cabinet, one at a time, praise him on live television, Biden is nominating a director of national intelligence, Avril Haines, who announced to him and the world, that she will disagree with him and “speak truth to power.”
After turning its back on much of the world and seeing America’s standing collapse, the Biden team is telling US allies, “America is back!”
From Trump’s inaugural “American carnage” speech, and his relentless attacks on anyone who disagreed with him, we’re transitioning to Biden’s faith in America, his “There’s nothing we can’t do if we do it together” creed, with his focus on bringing the country together. “We have to stop treating our opponents as enemies,” he insists, urging Americans to listen to each other.
Biden’s choices are causing celebration even on Wall Street, where Trump’s reluctant decision to let the transition proceed sparked a huge market rally.
But it’s too soon for Champagne. The Dow Jones hitting a record 30,000 (a “sacred number” Trump called it as he tried to take credit for it) is occurring at the same time that Americans wait in endless lines for food donations. Hunger is spreading in America.

Have we ever had good news and bad mix in such a swirl of tragedy and optimism?

As the pandemic rages out of control — almost 13 million cases in the United States, thousands dying day after day — three vaccines hold the promise of easing the pandemic. The virus is expected to kill hundreds of thousands more Americans before that day arrives, it will break millions of hearts before this pandemic nightmare, so outrageously mishandled by this President, finally moves into history.
Yet, Trump and his accomplices continue to spread the poison of disinformation, even as Biden responds with an almost superhuman lack of rancor. The payoff remains elusive. Republican Sen. Marco Rubio already disparaged Biden’s cabinet choices as “caretakers of America’s decline.” There’s no Kumbaya moment on the cards.
American democracy survived four years of Trump. It survived Trump’s attempt to overturn the election results, but the battle is not over. As former President Barack Obama told The Atlantic, Trump is a symptom. “I’m not surprised that somebody like Trump could get traction in our political life.”
The hostility could make the environment ripe for another right-wing populist. Trump himself may try to make a comeback in 2024. When we can’t agree on facts, when lies and disinformation are so hard to tell apart, it’s all but impossible to agree on a path forward. Obama called it “an epistemological crisis.”

Yes, Biden won. But he will govern a deeply divided country; one flooded with weapons, drowning in lies, riled by a self-serving master manipulator of public opinion with a cultlike hold on millions of followers.

Does that make it too soon to be optimistic? No. The worst is almost over.

American democracy just survived what is arguably the most vicious attack it has ever faced. The American system held up. The American people, voters, patriotic public servants, made it happen. What could be a greater cause for optimism about the future?

Biden’s decrees vault America back onto the global stage, but a whiplashed world wonders for how long