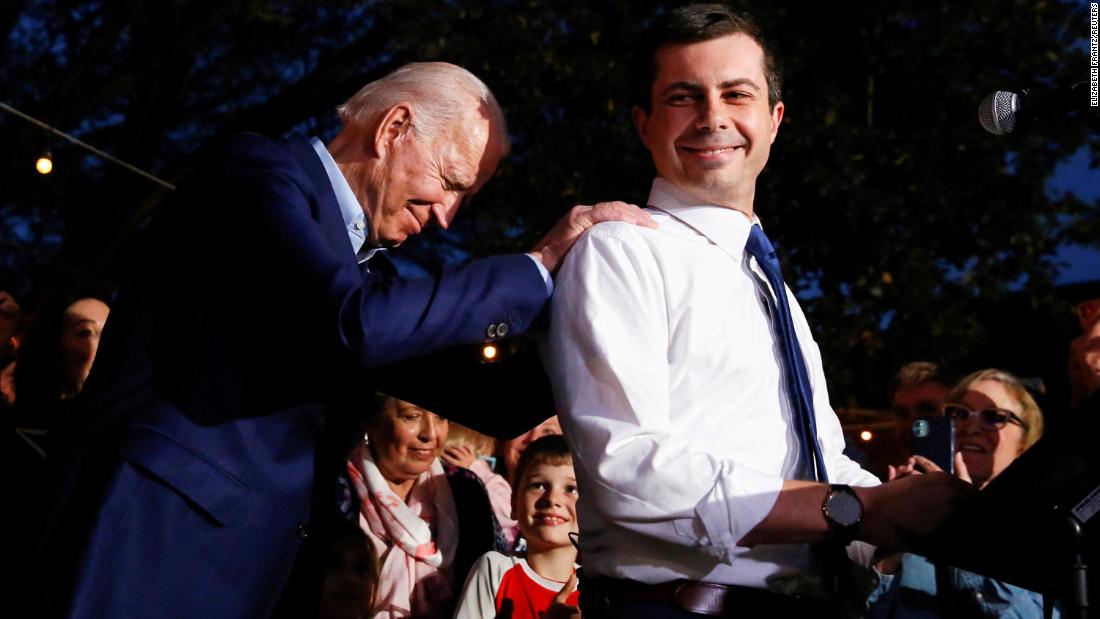 During the primary campaign, Buttigieg distinguished himself by articulating a kind of millennial centrism that vaulted him to the top tier of Democratic candidates. However, he dropped out before the Super Tuesday primaries and quickly endorsed Biden. In the last weeks of the general election, Buttigieg was a frequent guest on Fox News where his quick intellect, preternaturally calm temperament and steadfast opposition to Trump made him a favorite of Democrats and progressives.
Buttigieg and Vice President-elect Kamala Harris are so far the only people from what was an enormous field of Democratic contenders to find good jobs in the new administration. That will likely remain the case. Bernie Sanders and Elizabeth Warren had indicated interest in the cabinet but, because their states have Republican governors who would likely appoint Republicans to fill out any vacancy in their Senate seats, are not expected to be asked to join the administration.
None of Biden’s other rivals for the nomination have been mentioned for any of the remaining cabinet positions.

Now, as Buttigieg is about to become the youngest member of Biden’s cabinet and America’s first out LGBTQ cabinet member, he continues to be a groundbreaking politician who, due to his obvious intellect and strong communication skills, could become the star of the Biden cabinet. He is probably the most widely known cabinet nominee after former Secretary of State John Kerry.

Despite this, Buttigieg finds himself in an intriguing position. The resume on which he ran for president included his time as mayor of South Bend, Indiana, as well as his service in the Navy in Afghanistan. None of this, or anything else in his resume, suggests expertise in public transportation, infrastructure, rail or any of the other issues with which the Department of Transportation concerns itself.

Moreover, the Department of Transportation is not exactly the highest profile cabinet position. Elaine Chao, the current occupant of that job, is known to many Americans, despite a long career in public service, because of questions about whether she abused her office to benefit her family’s shipping company and her marriage to Senate Majority Leader Mitch McConnell. (A Transportation Department spokesperson told CNN last year that Chao had done nothing wrong and described allegations against her as political.) Unlike previous secretaries of state, defense, treasury and justice, her recent predecessors were even less familiar to the American people.

However, that may change for Buttigieg, who will have to face the challenge of addressing the future of air and rail travel as well as public transportation in the age of Covid-19 and its immediate aftermath. Buttigieg has a chance to distinguish himself in this regard. If a year from now Americans are traveling safely, airlines are making good profits and trains and buses are not seen as spreaders of coronavirus, the political optics would certainly be good for Buttigieg.

Buttigieg will turn 39 the day before Biden’s inauguration, so he is able to think about his future with a longer horizon than many prominent politicians. However, the same reason he decided to run for president in 2020 limits his immediate political future going forward. Buttigieg comes from Indiana. That state has two Republican senators, seven Republican House members out of nine, huge Republican majorities in both houses of the state legislature and not a single Democrat elected to statewide office.

Buttigieg might have been a strong candidate for statewide office if Indiana were a better state for Democrats in general, but unless that changes, it would be a risky political move for him to run there for governor or senator after a few years in the cabinet.

Given that Buttigieg has already run for president with a resume that was somewhat thin, the question of whether he will do it again looms over this appointment. There is a logic to a future Buttigieg White House bid. His charisma, fundraising ability and name recognition could make him a formidable candidate.

However, any campaign will have to reckon with Vice President Harris either in 2024 or 2028, depending on whether Biden seeks reelection in 2024. Trying to determine who would win that race, in which there might be other candidates as well, this far in advance, is not a useful endeavor, but we know that sitting and former vice presidents have a good track record in primaries.

Buttigieg’s youth will affect his planning and makes his future hard to predict. Nobody is thinking about the 2040 campaign, but Buttigieg will only be 58 then. I am not making any predictions about 2040, but this shows that Buttigieg has a lot of time to build his resume and remain in the national spotlight — he could even be a valuable running mate to Kamala Harris in the future. He wouldn’t be the first Democrat to finally get elected president decades after first running for the office.

Trump talked out of pardoning kids and Republican lawmakers