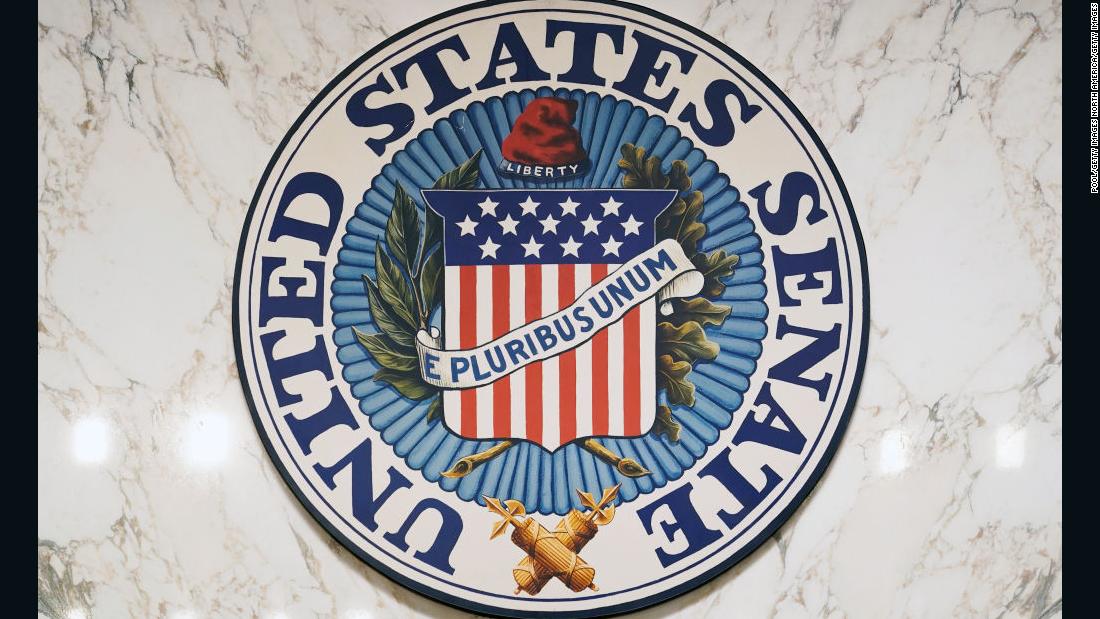 The Senate Judiciary Committee is arguably one of the most storied and prestigious committees in Congress. The list of historic hearings held before it in the last half century is long and freighted with memorable moments. Sadly, it was eerily silent during Donald Trump’s presidency.

In more than 20 years on the Judiciary Committee, I’ve never seen more harm done to civil and human rights than during the Trump administration.

For the last four years, Republicans leading the Senate Judiciary Committee have turned a blind eye to the worst abuses of the Trump era. While President Donald Trump assaulted the Constitution, the Judiciary Committee abdicated its oversight responsibilities and became little more than a vehicle for quickly confirming ideological and largely underqualified judicial nominees.
The Judiciary Committee has become a shell of its former self, rarely advancing legislation or conducting oversight. The committee traditionally holds annual oversight hearings to examine the Department of Justice and the Department of Homeland Security, but for the two years of the 116th Congress, Republicans have held no hearings on the Trump administration’s DOJ or DHS.
Instead, the committee has held four hearings this year alone mainly to investigate the Obama administration’s DOJ. And last week, the committee held a hearing where Republicans focused on whether or not social media is unfair to Republicans, while ignoring President Trump’s dangerous and unprecedented refusal to concede.

If Democrats win Senate seats in Georgia and take the majority, we will have the opportunity to reestablish the moral authority, credibility, and relevance of the Judiciary Committee. We will partner with the new Biden-Harris administration, and reach across the aisle to Republicans who are willing to work with us in good faith to repair the damage of the last four years.

President-elect Joe Biden’s judicial and executive nominees could receive prompt and fair consideration, bringing balance back to our courts and ensuring the agencies under our jurisdiction are fully staffed with qualified officials to protect our national security and civil rights.

And Democrats could advance significant legislation to protect civil and human rights that has languished for years with Republicans in the majority. I introduced the bipartisan Dream Act 20 years ago to protect Dreamers. And in 2012, I worked with the Obama-Biden administration to establish DACA, which has shielded from deportation hundreds of thousands of young undocumented immigrants brought to the US as children by their parents. It would be an American tragedy to deport these young people, who have given so much to our country. With Democrats in the majority, the Judiciary Committee could take up and pass the American Dream and Promise Act, establishing a path to citizenship for Dreamers.
But there is more to do to fix our broken immigration system and honor our heritage as a nation of immigrants there. During the Obama-Biden administration, I joined with four Senate Republicans and three of my fellow Senate Democrats to author comprehensive immigration reform legislation. The 2013 bill passed the Senate, but the Republican leadership of the House of Representatives refused to consider it. With a Democratic majority in Congress, we could again advance comprehensive immigration reform legislation.
Additionally, the long overdue national reckoning on race is helping many see more clearly how old, discredited ideas about race linger in some of our institutions and laws. If Democrats control the Judiciary Committee, we would have the opportunity to honor the life’s work of civil rights icons — like US Rep. John Lewis — by passing bills, such as the Justice in Policing Act and the John Lewis Voting Rights Advancement Act, to help bring about a more just and equitable society.
A new FBI report found that more people were killed in hate-motivated violence in 2019 than in any year since the FBI began collecting hate crimes data nearly 30 years ago. Yet the Senate Judiciary Committee has done effectively nothing to stem the rising tide of White supremacist violence. Earlier this year, the House unanimously passed the companion bill to the Domestic Terrorism Prevention Act that I sponsored. Under a Democratic majority in the Senate, this important legislation could advance.
As the lead Democratic sponsor of the First Step Act of 2018, the most significant criminal justice reform legislation in a generation, I recognize there is much more we must do to address inequities in our criminal justice system. The United States incarcerates more people, by far, than any other country in the world, and they are disproportionately people of color. If Democrats are in the majority, bipartisan criminal justice reform legislation could be on the agenda.

The list doesn’t stop there. We can close gaps in the gun background check system to stem the epidemic of gun violence, and reform bankruptcy laws to protect workers, students and retirees.

The to-do list for the Senate Judiciary Committee is long, and of critical importance to the future progress of our country. That is why I intend to seek the top Democratic position on the Judiciary Committee in the 117th Congress. I have served on the committee for 22 years, and I am its most senior member who does not currently serve atop another Senate committee. I have the track record, the experience, and the values to lead this effort. My Democratic colleagues and I are ready to roll up our sleeves and get to work on undoing the damage of the last four years and protecting fundamental civil and human rights.