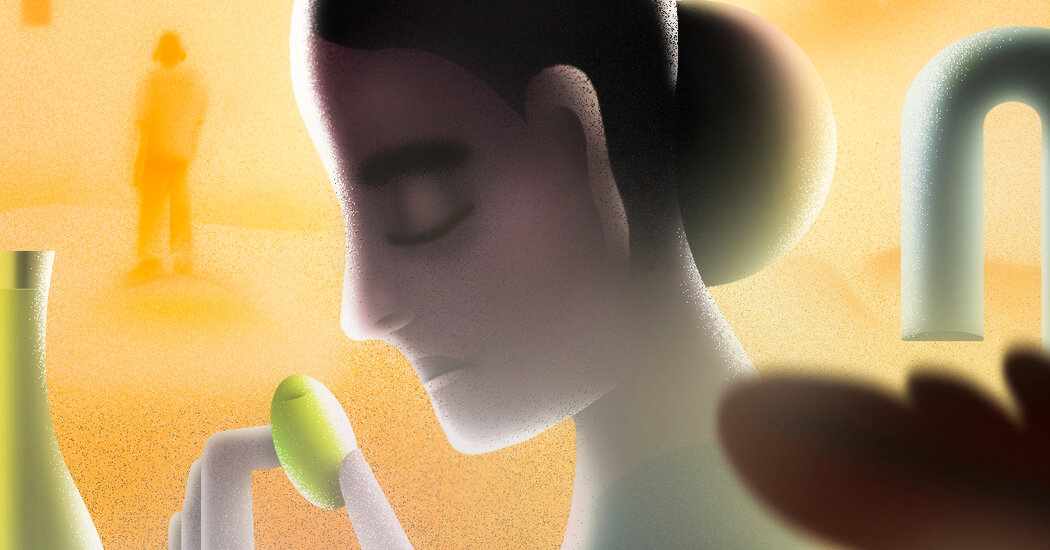 As I rolled small balls of labneh, a thick strained yogurt, I remembered my mother sitting in her kitchen, a bowl of labneh on her lap, a cup of cold water and a tray placed on the table in front of her. She would lightly dip her right fingers in the water, massage her left palm in a circular motion, then take out a little bit of labneh and roll it. When done, she would cover the tray with a cloth and let it sit out until it hardened enough to be preserved in olive oil. During that fall season, everywhere I looked in the kitchen, in our breakfast and dining rooms, I saw trays, jars and bowls filled with ingredients slowly waiting to dry, to be pickled or to set before they were packaged, labeled, dated and stored. Tasting pickles for the first time every season was a ritual of sorts. “Who wants to try the pickles to see if they are ready?” my mother would call out to my siblings and me, who were eagerly waiting for that moment.

Crunch, crunch, crunch, and suck the juice. Crunch again. I smiled watching my 10-year-old son eat a pickled cucumber, and I remembered one summer morning in Beirut when I found him, a toddler then, his teeth barely in, standing at the foot of the open fridge, trying to climb up to reach a jar of pickles on the top shelf.

In his book, Mr. Maalouf says that our identity is shaped by a combination of our experiences, our skin color, our race, our ethnicity, our physical appearance, our religious affiliations or lack of, our ideological and political views, our socio-economic status and our families and countries. I have always taken that to heart. I cannot be wholly and only Lebanese, because throughout the years I have become much more than what my identity card says.

Perhaps if I saw a way out of the current crisis that would return the country to what it was, to how I remember it, I would be less anxious about my relationship to my native country. I would rest knowing that Lebanon will always be there, a plane ride away.

Preserving my fruits and vegetables in tightly sealed jars may be a way for me to preserve a crumbling identity. Lebanon’s future is ambiguous, but this produce will keep.

My husband passed away eight years ago, and his remains are buried in the garden of his ancestors’ house in a village in South Lebanon. He lies between two ancient olive trees that he imagined his grandmother had planted before her exodus to the United States in the early 19th century. They were the last thing she looked at before she left her home, he would always tell me.

The olive harvest in Lebanon takes place in the fall and the branches are usually beaten until their fruit falls off on tarps laid on the ground. My husband, though, picked them one by one. They were the best he had ever tasted; he said this every year. But I imagined it was not the taste of the olives, as good as they were, that he was craving. It was the connection to an identity long lost that he was trying to reclaim. The olives were that tangible bridge to his roots. Just as my pickles are.

Nada Bakri is a former reporter for The New York Times and a contributor to “Our Women on the Ground: Essays by Arab Women Reporting From the Arab World.”