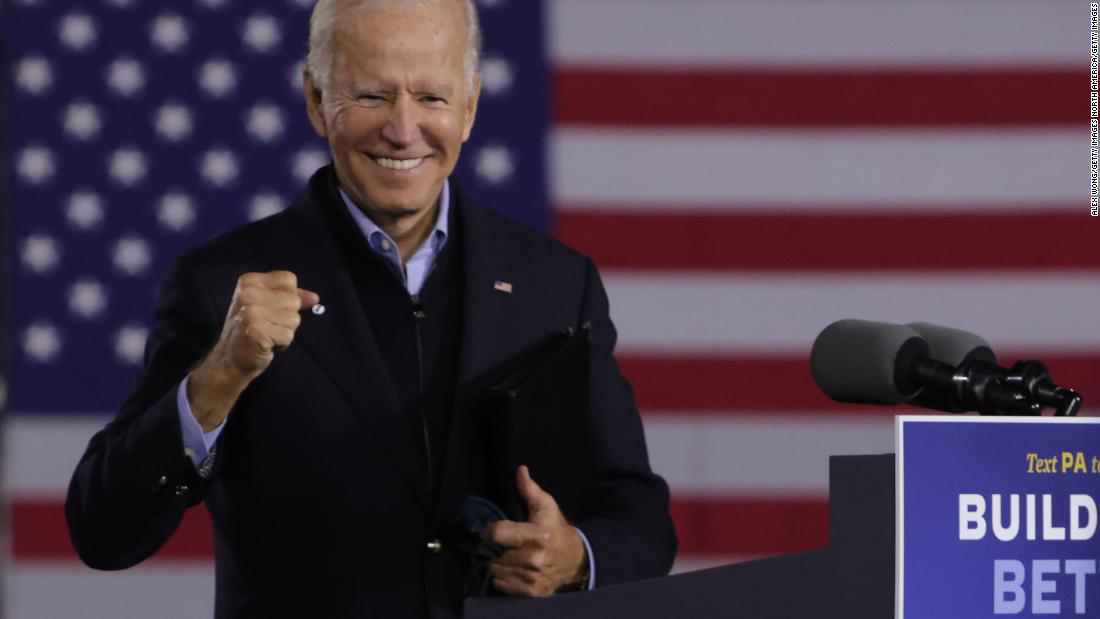 The Electoral College is composed of real people — loyalists who are chosen by their political parties at their state conventions or by party committees. These are the individuals Americans cast their votes for in the November election. They are charged with translating the popular vote in the states into the electoral vote when they meet as part of the Electoral College approximately six weeks after the election.

In normal times, little attention is paid to their vote and their meeting is seen as a mere formality in the presidential selection process. However, these are not normal times and even though Biden has won the Electoral College with 306 votes, Donald Trump and his supporters have not conceded and continue to claim he has a path to victory.

For Trump, January 6 represents a last stand to overturn the election results when Congress gathers in a joint session to count the Electoral College votes. This will provide a final opportunity for members of Congress to challenge electoral votes.

But many of Trump’s ardent supporters were not discouraged.

On Monday morning, a “Hail Mary” was announced by White House adviser Stephen Miller: “As we speak, today, an alternate slate of electors in the contested states is going to vote and we’re going to send those results up to Congress.” Indeed, bizarro GOP electors in Arizona, Georgia Pennsylvania, Wisconsin and Nevada did cast “votes” for Trump and Vice President Mike Pence.
To be clear, none of these “votes” will be counted if indeed they are sent to the joint session of Congress. The Texas Electoral College delegation went a step further calling on four of the battleground states — Michigan, Wisconsin, Georgia and Pennsylvania — to appoint new electors to vote for Trump, according to the Texas Tribune.

All of this will make for a good show among the President’s most ardent supporters and will serve as additional sources of grievance among those who believe that the election was stolen from them — despite a complete lack of evidence supporting such claims.

The notion of sending dueling electors to Congress conjures images of the 1876 election. It was that election that provided the impetus for the Electoral Count Act of 1887, which Congress will follow provided there are disputes that arise in the joint session January 6.

In the 1876 election, Democrat Samuel Tilden won the popular vote over Republican Rutherford B. Hayes, but the election came down to several closely contested states. Both parties claimed victory in Florida, Louisiana, and South Carolina. Both parties sent slates of electors to be counted in the joint session of Congress.

To resolve the dispute, a bipartisan commission was created ostensibly composed of eight Republicans and seven Democrats. Once the commission was created, it was clear that the Hayes was likely to win the presidency.
Historian Edward Stanwood wrote about the episode, stating: “It is to be hoped that the patriotism of the American people and their love of peace may never again be put to so severe a test as to that which they were subjected in 1876 and 1877.”
A decade later, the Electoral Count Act of 1887 was passed in an effort to provide a clear process to resolve disputed elections. Several features of the act, along with subsequent federal law, are relevant given the 2020 election.
Last week many close observers took note of the so-called “safe harbor” date of December 8 — six days before the Electoral College meeting. States are to resolve any disputed electoral votes by this day and in doing so, Congress is expected to count those votes, provided electors vote for their party’s ticket.

The law establishes a procedure that Congress must follow when two or more slates of electors are received. If only one slate of electors was chosen through established procedures for the safe harbor provision, then that is the slate that must be counted. This would mean that Republican “electoral votes” from Arizona, Georgia, Nevada, Pennsylvania and Wisconsin would not be counted. In essence, they are pretend votes.

It is conceivable (and likely) that other objections will be raised in addition to questions relating to competing slates of electors. I have made the case that any objections to the Electoral College vote would be unsuccessful as both houses of Congress would need to agree to an objection for it to be approved. That will not happen given the Democrats’ majority in the House of Representatives and it appears that Republican senators have little appetite for such a fight. Indeed, Mitch McConnell’s recognition of Biden’s Electoral College victory on Tuesday signifies a dead end in the Senate for any objections to Monday’s electoral votes.
Unfortunately, post-election shenanigans looking to game the Electoral College are more commonplace than most recognize. These include behind-the-scenes efforts to lobby electors in 1960, 1976, 2000 and 2016.
Indeed, just four years ago, a very public movement to dump Trump in the Electoral College drew increased attention and scrutiny to the role of presidential electors. Ten electors attempted to vote contrary to their state’s popular vote and seven were successful. Two Republican electors failed to vote for Trump and two more resigned their positions as they could not bring themselves to vote for him.

Notably, none of these electors were trying to throw the election to Hillary Clinton (who won the popular vote by 3 million votes) and Clinton herself did not endorse the efforts. In a twist of fate, Hillary and Bill Clinton served as electors for Biden in New York on Monday.

The 2020 election has revealed many landmines in the presidential selection process — from the possibility of faithless electors to state legislative selection of electors, from bizarro slates of electors to challenges to electoral votes in the January session of Congress. These scenarios do not account for the prospect of a popular vote winner who loses the Electoral College (which has happened in two of the last five elections). Indeed, we have seen that there are many ways for a result to go sideways despite the many supposed safeguards in the system. We see that this could even be the case when one candidate receives 7 million more votes than their opponent.

No doubt, President Trump will continue to claim the election was fraudulent and it is unlikely he will concede. While some drama may unfold when Congress convenes to count the Electoral College votes on January 6, I am certain Biden will emerge victorious, poised to take the oath of office on January 20. Even so, I suspect Biden’s supporters will not be at ease until his inauguration.