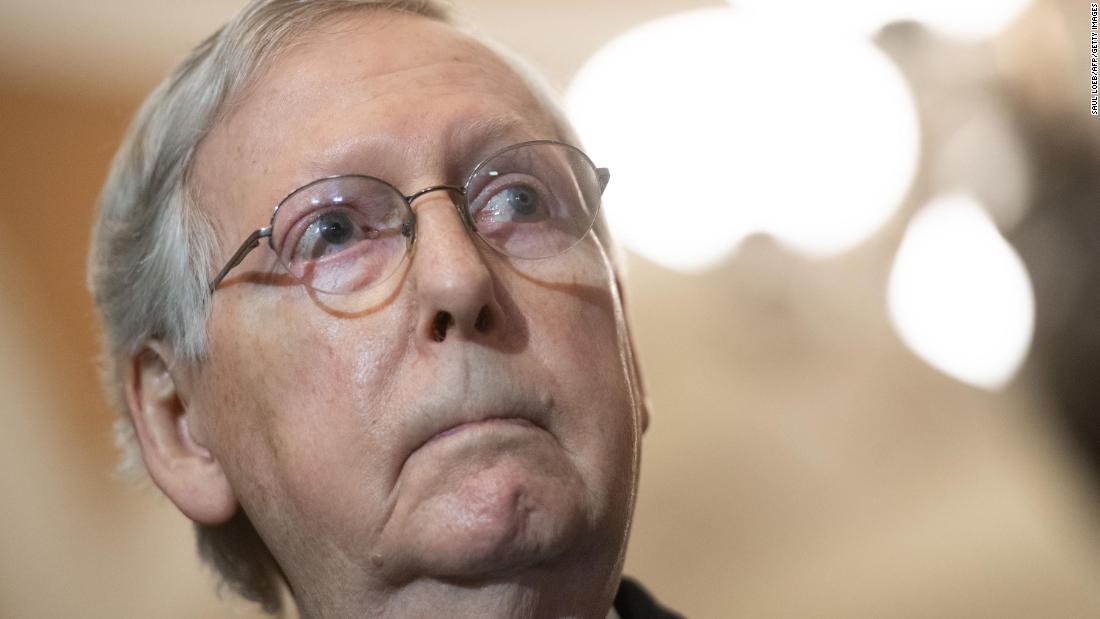 On Tuesday, six weeks after Joe Biden bested Donald Trump in the election and a day after electors cast their ballots and, again, proclaimed Biden the winner, Republican Senate Majority Leader Mitch McConnell finally recognized him as the incoming president of the United States.

It’s sad that “leader of the Senate recognizes reality” is even newsworthy, but here we are after four years of Donald Trump.

Let’s be clear: McConnell doesn’t get applause for foot-dragging, for belatedly doing the normal thing. It’s not even the right thing — “doing the right thing” implies some sort of moral courage. He simply, finally acknowledged the real outcome — plain for all to see for weeks now — of the American democratic process. For one of the most powerful people in the country, that should be the baseline. It is time for other delinquent members of his party to do the same.

The sitting President has used his final weeks in office to falsely claim that the election was rigged and that he was the real winner, claims that have failed spectacularly in dozens of court cases brought by his team and his sympathizers.

Nevertheless, a stunning (and embarrassing) number of elected officials on the right have backed him up, with more than half of House Republicans signing on to an amicus brief requesting that the Supreme Court hear a case demanding to overturn the election — a brazen attack on American democracy — coming, literally, from inside the house.

Now, with the Electoral College votes cast and the transition in full swing, for this benighted group of insurgents there is little hope left to cling to that the courts might subvert the will of the American people and do Trump’s bidding.

In the same speech in which he finally recognized Joe Biden and Kamala Harris as the President-elect and vice president-elect, McConnell also lavished praise on the notoriously narcissistic President, speaking for several minutes about “the outsider who swore he would shake up Washington and lead our country to new accomplishments, both at home and abroad” doing “exactly that.”

Trump was such a great President, McConnell said, “It would take far more than one speech to catalog all the major wins the Trump administration has helped deliver for the American people.”

It was a humiliating display from a grown man, the kind of fawning obsequiousness that is uncomfortable to watch. Only after this bout of bootlicking did McConnell — ostensibly the leader of his party now, but somehow still servile to a President in the twilight of his power — turn to the matter at hand: a new president he had spent weeks refusing to recognize.

Some other Congressional Republicans seem to be grudgingly following suit. The President did not. He continues to tweet his blatant lies about widespread voter fraud and a stolen election.

His behavior, and that of his Republican toadies in Congress, stands in sharp contrast to remarks Joe Biden delivered to the nation just a few hours earlier, after his victory was decisively affirmed. He said “this is the time to heal America,” and called on all of us to “Let this grim era of demonization in America begin to end here and now.”

It was the right request, and the right tone. But this grim era hasn’t just been about discord, division or even demonization. It’s been about who is willing to flat-out lie to citizens, who fuels the spread of misinformation and falsehoods and who is willing to exploit hyper-partisanship, ignorance or both — all for political advantage and power.

Both sides are guilty of divisive rhetoric. But only one has consistently lied to the American people, enabled a dangerous wannabe autocrat, refused to recognize reality when it’s inconvenient and attempted to steal an election that came off just the way it was supposed to, and against some steep odds during a pandemic: free and fair.

Biden is right that we need healing. But it’s not both sides who have equally done damage — only one of them has a lot of compensating to do.

The Senate majority leader and the rest of his GOP have a new opportunity to do better. They can push to return to the reality-based community. They can reject partisan lies and attempts by the outgoing President — or any member of their party — to foment distrust in the electoral process and doubt that Biden and Harris will soon take their seats as the duly elected President and vice president.

These are not outrageous expectations. And yet, if recent history is any guide, McConnell and his party will fail to meet them. Democrats need to call this out loudly and consistently. Media outlets need to point at the bad actors, and avoid “both sides-ing.” And voters need to hold them accountable — starting just days from now in Georgia.

Tiger Woods puts season on hold after fifth back operation