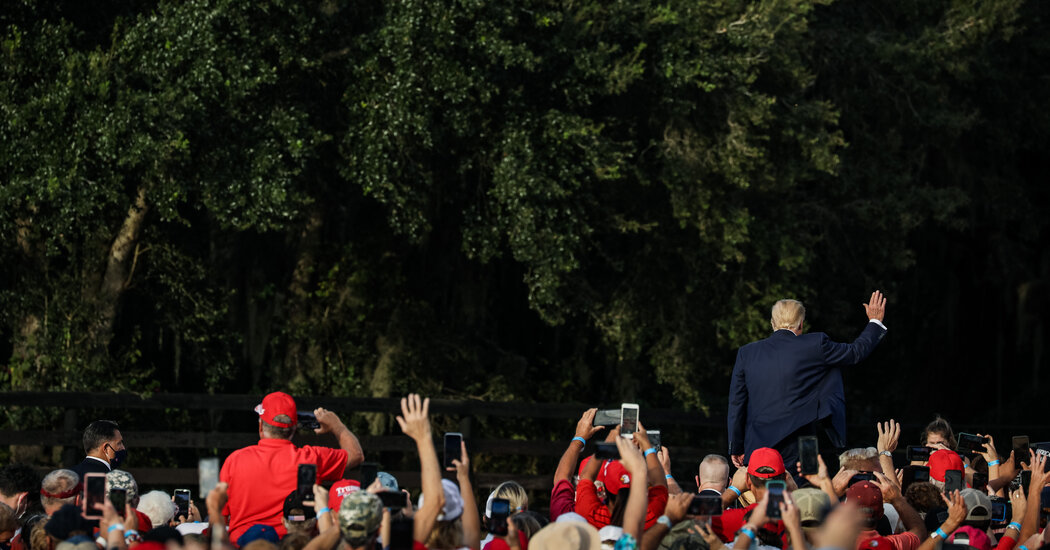 “Wave bye-bye to your 401(k), cause it’s going down the tubes,’’ he said at a rally Friday in The Villages in Florida, warning that Biden’s climate aims might somehow deprive Floridians of air-conditioning.

Isolated in his shrink-wrap, Fox-speak bubble in the debate, he ignored the fact that he has already turned America into a sort of dystopia by bungling and dissimulating on the virus.

He didn’t even seem to know how he sounded when he bragged that undocumented immigrant children separated from their parents and held in cages are being “so well taken care of.”

When asked about families living under the polluted clouds of oil refineries and chemical plants — made worse by his administration’s incessant rollback of regulations — the president intoned that, actually, all that smog is a small price to pay because the families “are employed heavily and they are making a lot of money.”

Trump began the pandemic blowing off masks and, even as we enter a new fall surge and even after the president and his family contracted the virus, he was still mocking a White House reporter’s mask on Friday. It’s unfathomable that the president of the United States would turn himself into a public health menace. But he has.

Trump’s problem is that he keeps wowing the same people. And that base just isn’t large enough.

“Republicans were relieved that he was eating with a knife and fork,’’ David Axelrod cracked about the debate. “But it was still the same meal.’’

Trump is clearly stunted. His father encouraged his opportunism and cynicism: Do what you need to do to grab whatever you want. And never do anything that is not in your own self-interest. That’s only for suckers and losers.

“Normal life, that’s all we want,” Trump said at the Florida rally.

But his only normal is chaos.