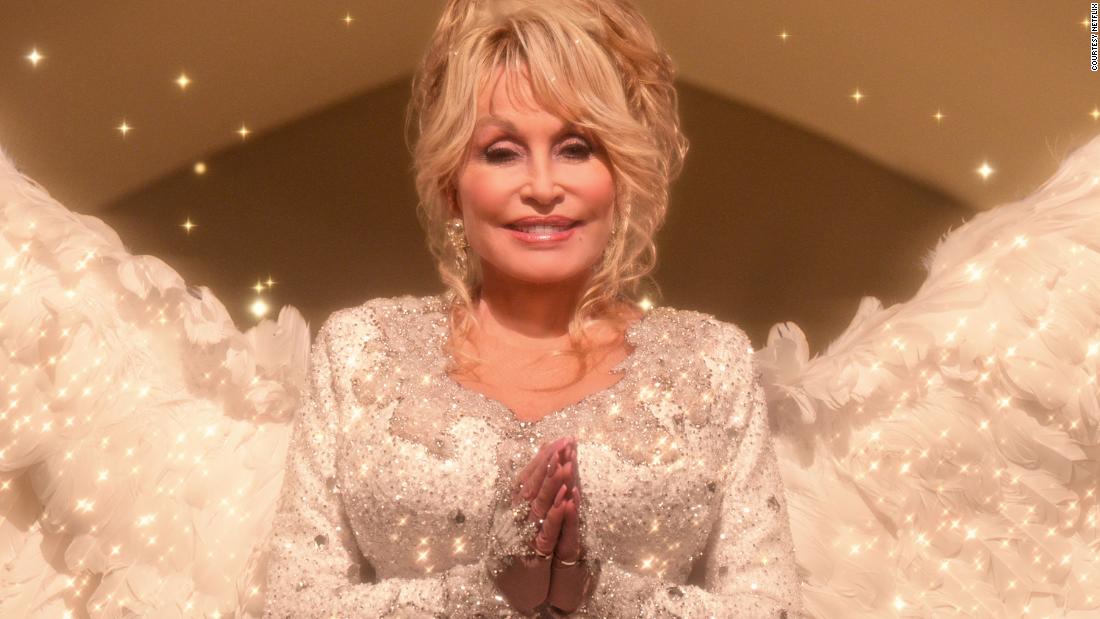 Bear with me as we weigh the evidence.

OK, so maybe everything was more complicated than a polarized citizenry was willing to acknowledge in that year of assassinations, street violence and political upheaval. And things didn’t necessarily get better in the aftermath of that historic flight. But for many Americans, it still felt good to think so at the time — and that’s how, 52 years later, they still remember it.

Now we’re winding up a meaner year than 1968. In addition to street violence, political upheaval and a polarized citizenry, 2020 has been horribly disfigured by a global pandemic endangering lives, disabling the economy and already constraining us from the full comfort and joy we expect from the holiday season.

So, where’s our Apollo 8? If 1968 had Borman, Lovell and Anders reading the Book of Genesis on Christmas Eve above the lunar surface, what then — or who — does 2020 have as its potential savior? Or even “savior”?

How about Dolly Parton, the rhinestone-crested songbird of Pittman Center, Tennessee? The most indelible of our living country music icons? The flamboyant polymath who wrote two deathless American classics — “Jolene” and “I Will Always Love You” — in less time than it takes to boil steel cut oats?
Dolly Parton as our savior? You bet. She has in recent weeks reaped waves of gratitude from fans and non-fans alike for her $1 million donation this past April to Vanderbilt University Medical Center (in her home state) that has been credited with funding the early stages of research for a coronavirus vaccine developed by the pharmaceutical company Moderna, research that is already showing very heartening results.
The promising news unleashed a Twitter storm of acclaim for Parton and her good works. It also prompted Ryan Cordell, an associate professor of English at Boston’s Northeastern University to perform (on video) singing “Vaccine,” an homage to both Parton and her largesse set to the music of the aforementioned “Jolene” with lyrics written (and tweeted) by Canadian linguist Gretchen McCulloch: “Vaccine, vaccine, vaccine, vaciiiinnne…./I’m begging you to please let go of my arm …”
All of which coincides with the release of a new Parton album, “A Holly Dolly Christmas” (Butterfly Records) and the Netflix premiere this past weekend of “Dolly Parton’s Christmas on the Square,” a holiday musical based on a stage play whose music and lyrics were written by Parton.

The show, which co-stars Christine Baranski, Jenifer Lewis and Treat Williams and features choreography by Debbie Allen, melds “A Christmas Carol” and “It’s a Wonderful Life” in depicting an idyllic multicultural community whose residents are about to be evicted from their homes and businesses on Christmas Eve by Baranski’s cold-hearted and vengeful heiress.

Parton (of course) plays an angel who’s going to apply a gentle kibosh on these plans. If there’s something familiar about her character, it’s probably because of the 1996 movie, “Unlikely Angel,” in which she played a dead-before-her-time country singer out to earn her wings by doing a good deed. (In this new one, she even has an apprentice, portrayed by Jeanine Mason, working undercover as Baranski’s flighty assistant).
And if all that weren’t enough, there are two recently published books placing the life, work and far-reaching influence of Dolly Parton in the forefront: “She Come By It Natural: Dolly Parton and the Women Who Lived Her Songs” (Scribner) is journalist Sarah Smarsh’s cultural survey of Parton’s influence, as songwriter and role model, on working-class women seeking growth and transcendence. “Unlikely Angel: The Songs of Dolly Parton” (University of Illinois) is music professor Lydia R. Hamessley’s detailed and savvy analysis of Parton’s songwriting.

If all this is enough to make you say, with either awe or terror, “Dolly Rules!”… well, you may be missing the point. First off, Parton’s messianic power as musician, entrepreneur and culture heroine is by now old news to anybody paying even casual attention.

Second, and this is important, it’s never been Dolly Parton’s intent to dominate and own the world, hers or anybody else’s. As “Christmas on the Square” reinforces to its audience, she has only been interested in shining and sharing light wherever there’s darkness — and that includes the shadows that have stalked our lives since Covid-19 began making its perfidious way into our lives.

I mean … it’d be nice if Dolly Parton or someone like her did rule the world. For now, let’s just say she owns this year’s holidays.

Or at the very least, saved them and, quite possibly, us.

CNN’s John Avlon: This is where Trump failed in historic proportions – CNN Video