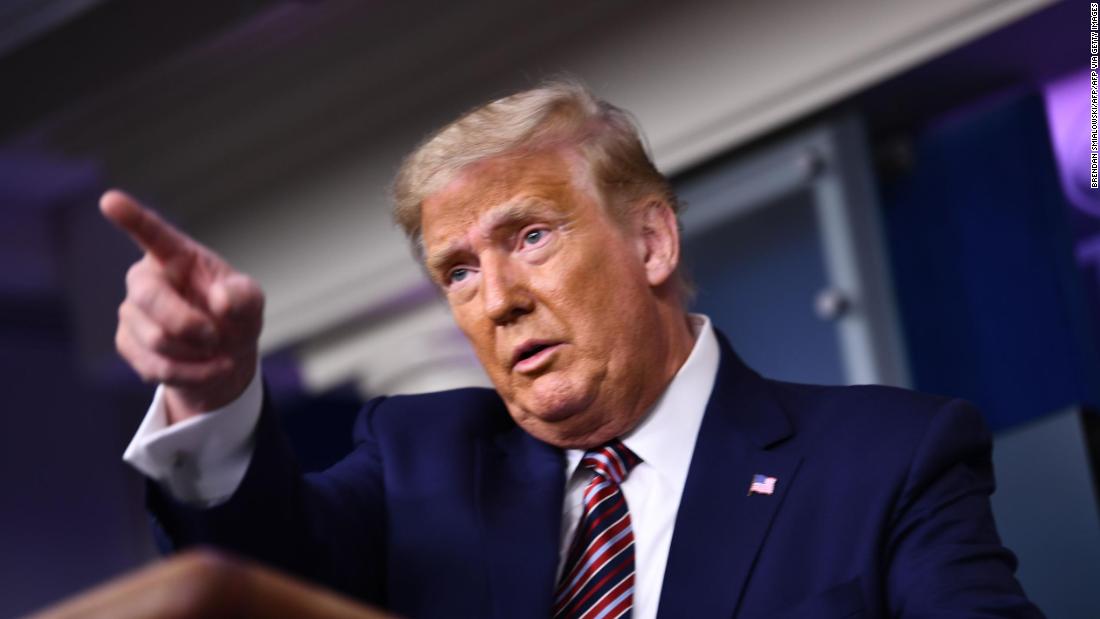 Take the recent example of Belarus. The United States no longer recognizes Alexander Lukashenko as the “legitimately elected leader” of Belarus, the State Department recently confirmed in a statement from a spokesman to CNN. “The path forward should be a national dialogue leading to the Belarusian people enjoying their right to choose their leaders in a free and fair election under independent observation,” said the spokesman.

But one central question remains. Did Secretary of State Mike Pompeo, an ardent supporter of his boss, ever consider how his department’s position on Belarus might work if, as President Donald Trump seems quite clearly to have warned, he refuses to recognize the results of America’s election? Failing to recognize a government or leader as the legitimately elected head of a nation carries with it similar perils.

The ultimate test could come at noon on January 20, 2021 (if not sooner) if, as the 20th Amendment mandates, the term of one US president ends and another begins — and two people show up to be sworn in. While there are some constitutional provisions that could light the way — the right of Congress, for instance, to bestow the presidency on one or the other, even if the Electoral College fails to agree on a single candidate — there is still some question whether the structure of Congress, with each state entitled to a single vote, would produce a result congruent with the broader electorate.
Regardless, Trump has indicated he might not even then accept that choice. So, who the world is willing to recognize as the leader of the US could become central. Indeed, both sides are preparing for worst-case scenarios, marshaling vast teams of lawyers, just as Trump himself has threatened to send “law enforcement officers” and US attorneys into polling places.

Who the world chooses to recognize and the resulting fallout should serve as object lessons to anyone seeking to subvert the will of the majority of American voters.

Take the two provinces of Georgia — Abkhazia and South Ossetia — that Russia invaded and recognized as independent nations in 2008, even after a brief war was fought by Georgia to hold onto elements of their territory that most of the world accepted as their own. Vladimir Putin managed to get his client state of Nicaragua to recognize their new governments. Then, months later, the Kremlin persuaded the South Pacific island nations of Vanuata and Tuvalu to follow suit before they both rescinded within two years, according to Radio Free Europe.
That was the sum total until eight years later when Syria, utterly beholden to the Russian military and Putin’s support for its very survival, signed on. The United Nations has still not recognized either territory. For those who live in these countries and especially along their fluid and at times fraught borders, there have been years of uncertainty — Georgian/Ossetian farmers whose lands have been seized by Russian troops, families suddenly displaced. And the ongoing presence of United Nations forces to guarantee order.
More recently, there’s the issue of Venezuela. Trump has backed the insurgent leader Juan Guaidó’s bid to oust President Nicolás Maduro. Guaidó even attended the last State of the Union address as Trump’s guest earlier this year.
Secretary of State Mike Pompeo even warned that the US would refuse to recognize the results of the upcoming December parliamentary elections organized by Maduro, observing, “Conditions for free and fair elections do not exist in Venezuela.” Then he added, pointedly, “We, and our democratic partners in Venezuela and the international community, will not contribute to legitimizing yet another electoral fraud carried out by the Maduro regime.”
And while the UN did give Maduro the podium to rail at Trump and the US at this week’s annual General Assembly session, at least 59 governments have refused to recognize Maduro’s legitimacy. The results for Maduro have approached the catastrophic. He has lost virtually all control over Venezuelan assets abroad, currency reserves held at US Federal Reserve banks, not to mention a host of problems for its oil company dealing with foreign partners.
Venezuela has also lost control over many of its foreign embassies and consulates, whose control is bitterly contested. And the country’s delicate economy is teetering.
The US clearly has much more financial and political capital than a medium-sized Latin American nation. Still, much could be riding on any American electoral uncertainty on the world stage. Any decision about what leader to recognize in such an instance could have a major impact on the ability of Trump to continue governing, should he lose but insist on staying in office. The President has few real friends abroad — particularly from countries once considered allies. He has spent much of the past four years withdrawing from critical treaties, from the COP21 Paris climate accord to the Iran nuclear agreement, railing at allies and their leaders and threatening reprisals for imagined insults or slights especially among NATO members.

Certainly, the World Health Organization would likely be delighted to welcome back the United States amid a pandemic. Virtually every signatory of the COP-21 Paris climate accord and the Iran nuclear agreement would welcome an American return, which would clearly involve a change at the top of America’s government.

But the real or potential costs of much of the world refusing to recognize an illegitimate American government could be steep. There is the question of sale of American bonds — the principal means of financing the nation’s exploding national debt. What investor would want to bet against this kind of potential chaos? What nation would want to recognize American trade and tariff agreements, unsure whether or in what fashion they might be adhered to?

Americans are currently barred from most travel to the entire European Union because of fears caused by the chaotic nature of its pandemic response. A president of questionable provenance will hardly instill much confidence here.

The cure for all this is a simple one. But one that Donald Trump seems ill-prepared to embrace — accepting the results of the vote of the entire American body politic when it chooses its leader in an open and democratic election.