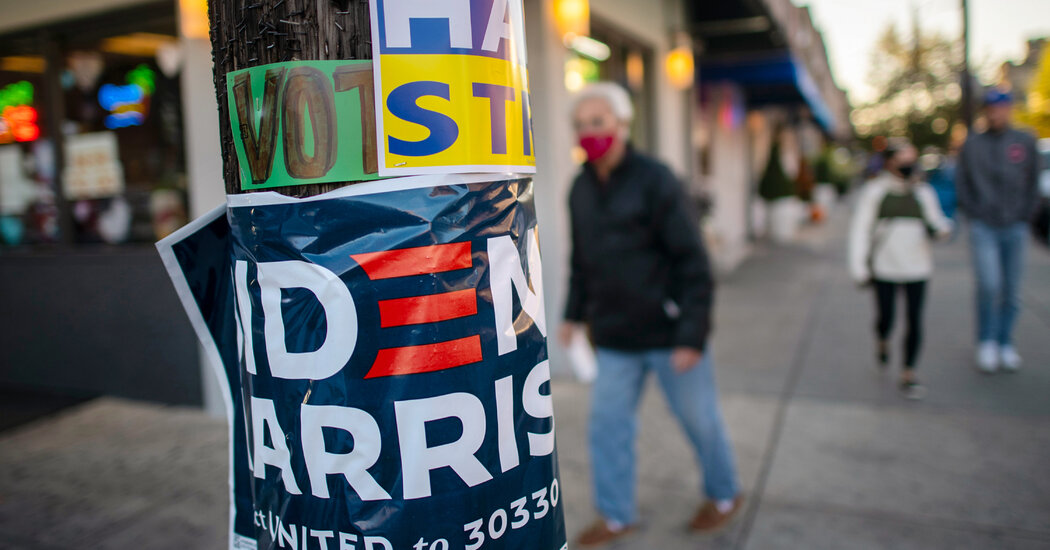 So who’s it going to be?

When I stay happily in my bubble in Center City, where the Biden posters are rivaled only by the “Black Lives Matter” signs, it’s hard not to be lulled into a sense of security, to think that the polls are right and that the Democrats have it in the bag.

Then I drive my teenager to the D.M.V. in Dublin, an hour north, and find the roads lined with cheering, honking, whooping Trump supporters, and I remember that there is another Pennsylvania.

Back in 1986, the political consultant James Carville famously said (to paraphrase slightly) that Pennsylvania is Philadelphia to the east, Pittsburgh to the west and Alabama in between. That certainly felt like the case in the early 1990s, when I worked at a small newspaper in central Pennsylvania. The local schools closed on the first day of deer hunting season, and subscribers were invited to drive by and pose for a picture with their kill. For days, I got used to seeing cars and pickup trucks swing into the parking lot with camouflage-clad folks behind the wheel and dead deer draped over their roofs. It felt like a different world than the one I’d grown up in, where nobody hunted and no one I knew had guns.

My state is no longer that simple (if it ever was).

Not all hunters vote Republican. Not all city dwellers vote Democratic. There are Biden signs on the lawns of a few brave Democrats in red neighborhoods. There are, undoubtedly, some quiet Trump voters, even in bluer-than-blue Center City.

Which is perhaps why even my house — with two registered Democrats! — is receiving Trump literature in the mail and why even my 12-year-old daughter’s getting “make sure you have a plan to vote!” texts. As Election Day draws closer, both campaigns are desperately, frantically trying to woo us, with both sides rallying the base, shaking the trees for new voters and hoping that mail-in voters cast their ballots correctly.

It is all, frankly, exhausting. Or as Larry Ceisler, a head of a statewide public affairs consulting firm and longtime observer of Pennsylvania politics, told me, “Part of me just wants to go to sleep for the next two weeks.”