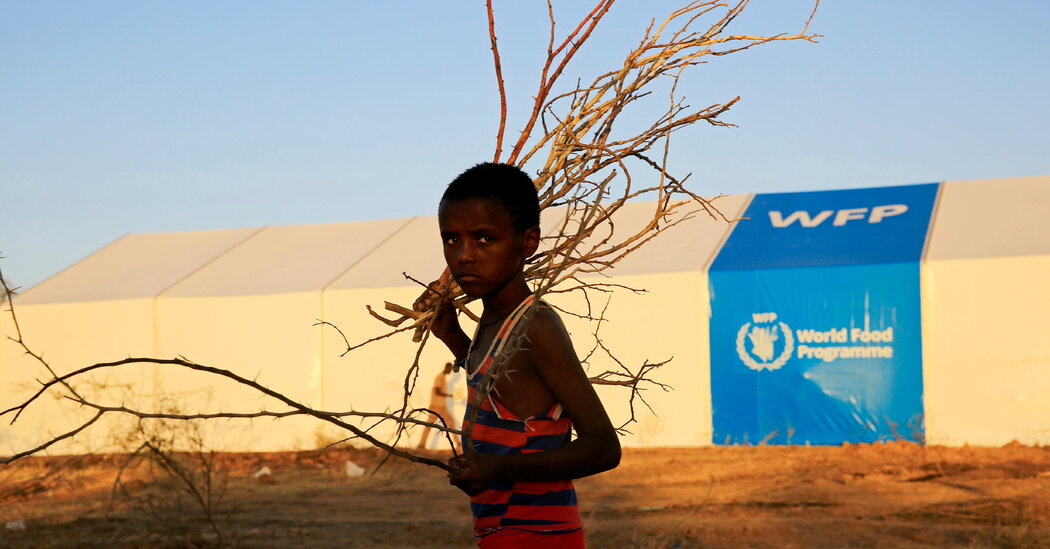 There was no Ethiopian official but instead, soldiers with Kalashnikovs and machine guns waiting for us in the field. The overflowing Mereb river behind us blocked escape. Up to 400 died that day, including some of my family members. My parents survived the massacre but soon after, my father was murdered, under circumstances unclear to us to this day. We fled the country to Sudan and lived in two refugee camps for eight years, where I was raised by my Eritrean grandmother.

As the war started spilling into Eritrea — the T.P.L.F. has fired missiles at Asmara, the Eritrean capital, supposedly retaliating for Eritrea’s sending troops to support the Ethiopian military — I was increasingly worried about my grandmother and my mother, who live in Eritrea.

I called them repeatedly but I couldn’t get through. Being half Eritrean and half Ethiopian is to have your heart ripped in two, your mind split in pieces, your head continuously checking over both sides of the frontier. It is realizing that our bitter history seems to always shadow the future.

After repeated attempts I was able to reach my grandmother. “Just be patient,” she said. “Everything will be fine.” How long will we keep pretending that these words will shelter us from the machetes, the knives, the bombs?

I always fear that the Ethiopian politicians, the T.P.L.F. and the Eritrean leaders, all former soldiers, will not hesitate to unleash their military might against their own people, leading to numerous deaths and displacement.

Mr. Ahmed’s military is preparing for an offensive on Mekele, the capital of Tigray Province, which is still controlled by the T.PL.F. On Sunday, an Ethiopian military spokesman issued a chilling warning: “We want to send a message to the public in Mekele to save yourselves from any artillery attacks and free yourselves from the junta … After that, there will be no mercy.”

In the past two weeks, I have been looking at the pictures of refugees fleeing Tigray and waiting outside the United Nations refugee agency office at Hamdayet in Sudan, the place through which my family and I passed decades ago, on our way to a refugee camp further inland. I was struck by the eyes of young children. Their gazes retreat and shift, as if their wide eyes have already become the trenches into which they will hide their childhood.

I imagine their nights in the refugee camp, so familiar to me, feeling afraid, alone, their bodies shaking at the terror of what they saw, their minds about to age beyond their years. I wish I could speak to them, console them. I would also tell them that you will become bearers of a daunting history and the future of our countries because the ruins you have witnessed will give you the determination to continue and lend power to your voices to end these cycles of war.

Sulaiman Addonia is an Ethiopian-Eritrean-British writer and the author of the novel “Silence Is My Mother Tongue.”

How a US presidential inauguration works