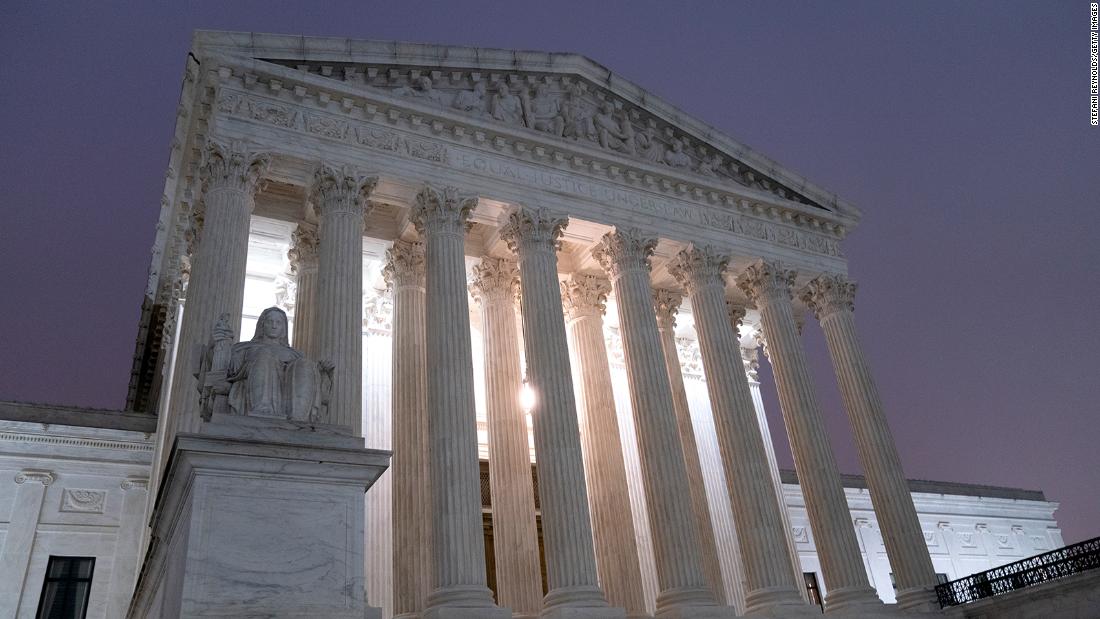 McConnell has boasted proudly that he has filled every federal appellate judicial vacancy in the country. After refusing to consider numerous Obama nominees, McConnell and President Donald Trump have acted with zeal to nominate and confirm dozens of federal judges that McConnell brazenly left open during the Obama presidency.
A Pew analysis of data from the Federal Judicial Center found that Trump has appointed more federal appeals judges, 53, than any president since Jimmy Carter as of July 7. Trump also appointed three justices to the US Supreme Court. A significant number of those judges are issuing restrictive rulings that have impacted how some states run the election, harming voters in the process.
In at least 18 cases this year, federal trial courts ruled in favor of plaintiffs and put on hold various election rules, often due to the challenges of voting during the pandemic, only to see federal appeals courts reverse those pro-voter rulings. Twelve of those decisions included at least one Trump-appointed judge. Seven of those 12 cases were 2-1 decisions with a Trump appointee in the majority; an eighth case was a 6-4 decision by the entire Eleventh Circuit Court of Appeals, with five Trump-appointed judges in the majority.

These cases obviously had merit given that lower courts had issued pro-voter opinions. But the appeals courts reversed — with Trump appointees often casting one of the deciding votes.

Instead of protecting the right to vote, federal appeals courts have refused to invalidate laws that force voters to jump through numerous hoops to cast their ballots. The goal of these restrictive laws seems to be to try to depress turnout among some voters and make it easier for Republicans to win re-election. Trump even admitted this idea earlier this year, saying that if it was easy to vote, “you’d never have a Republican elected in this country again.”
To be sure, a few Trump-appointed judges have ruled in favor of voting rights plaintiffs on occasion. But the trend shows that those wishing to make voting easier have more often been unsuccessful.
These decisions have involved witness signatures for absentee ballots, ballot delivery mechanisms, deadlines for returning absentee ballots and paying for voter transportation to the polls, among other things. In short, the lawsuits sought to make it easier to cast a ballot, particularly given the unique circumstances of holding an election during a pandemic. And although numerous federal district courts have agreed with plaintiffs to vindicate the constitutional right to vote, the appeals courts, increasingly filled with conservative judges, instead have unduly deferred to states on how to run the election.
Of course, Trump-appointed judges are not driving all decisions. A few Clinton- or Obama-appointed judges have ruled against plaintiffs in certain cases. But in the aggregate, the ideological trends are clear.
These rulings are piling one on top of another, with some courts looking at what other courts are doing to reject the plaintiffs’ claims, thereby creating a snowball effect for this narrow view of the right to vote. For instance, the Eighth Circuit, over a vigorous dissent, relied on restrictive rulings from the Seventh and Eleventh Circuits to reject a challenge to a new Missouri law that forbids some voters from dropping off their ballots in person, requiring them to use the mail.
Even where plaintiffs have found rare success from the federal circuit courts of appeals, the Supreme Court has sometimes reversed. For example, the full Fourth Circuit voted 9-5 to suspend South Carolina’s witness requirement for absentee ballots (with two Trump appointees both in dissent), but the Supreme Court reversed. Similarly, the Eleventh Circuit had ruled, 2-1, (with Trump appointee Judge Barbara Lagoa in dissent), to let Alabama counties have curbside voting even though Alabama’s Secretary of State sought to ban the practice, but the Supreme Court again reversed. Trump’s Supreme Court appointees, Justices Neil Gorsuch and Brett Kavanaugh, agreed with the rulings both times.
The Supreme Court last week refused to put on hold decisions from Pennsylvania and North Carolina that extended the absentee ballot deadlines, which initially seem like wins for voters who, as of now, can have their ballots arrive a few days after Nov. 3 in these states. But separate opinions from Justices Samuel Alito and Gorsuch, along with signals from Justices Kavanaugh and Clarence Thomas in other cases, suggest that the Court might not rule favorably on voting rights in the future. New Justice Amy Coney Barrett did not participate in these cases.
Alongside these restrictive rulings, voting rights advocates have seen some success, both in state courts and when defending states that have eased voting rules due to the pandemic. And some cases haven’t been appealed. But voting rights plaintiffs have generally not done as well, especially on appeal, when challenging states that refused to alter their rules to make it easier to vote. Restrictive jurisprudence from Trump-appointed judges is one key reason.

These cases, which fail to protect the constitutional right to vote, have a direct lineage from McConnell’s strategy to block Obama nominees and then confirm Trump nominees. McConnell has skewed the federal courts to a conservative viewpoint that fails to protect voters.

And McConnell is not done, saying that he plans to “clean the plate” of every remaining judicial nominee after the election, even if Republicans lose the Senate.

The solution? Turn out to vote anyway, even if you have to jump through unnecessary hoops to do so. Use the reality of voter suppression to create a backlash against this undemocratic tactic. Protest McConnell’s demolition of norm after norm.

Ultimately, we must demand fidelity to a universal truth: In a democracy that values the fundamental right to vote, the voters themselves, not election rules or restrictive judicial rulings, must dictate the outcome.