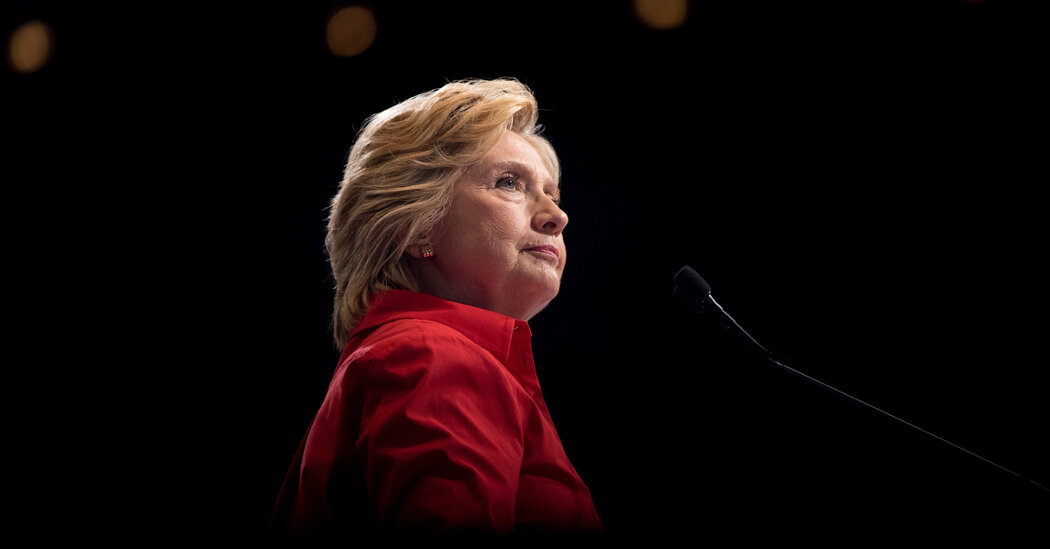 This is the thing, if you go back and review Hillary’s speeches and tweets and debate performances from 2016: She was right about an awful lot. Not about everything. She had her share of lulus, like predicting that the election of Trump would set off a global financial panic and plunge the economy into a recession. (Oops. Took a pandemic to do that.)

But she did have some strikingly good insights. You see it in the “she warned us” memes on Twitter: Here’s the snippet of her listing possible reasons Trump hadn’t released his tax returns (he’s a tax evader, he’s in hock to mysterious creditors, he’s not the bazilionaire we think), all of which turned out to be true; there’s the snippet of Hillary telling Trump that he was a puppet, which is worth reading in fuller context:

TRUMP: … from everything I see, [Putin] has no respect for this person.

CLINTON: Well, that’s because he’d rather have a puppet as president of the United States.

TRUMP: No, you’re the puppet.

CLINTON: … that the Russians have engaged in cyberattacks against the United States of America, that you encouraged espionage against our people, that you are willing to spout the Putin line, sign up for his wish list, break up NATO, do whatever he wants to do, and that you continue to get help from him, because he has a very clear favorite in this race.

So I think that this is such an unprecedented situation. We’ve never had a foreign government trying to interfere in our election. We have 17 — 17 intelligence agencies, civilian and military, who have all concluded that these espionage attacks, these cyberattacks, come from the highest levels of the Kremlin and they are designed to influence our election. I find that deeply disturbing.

Two weeks ago, Hillary slyly said her own polite version of I-told-you-so. “In my case, there’s a whole speech for everything,” she tweeted above a screenshot of this especially pungent quote from 2016:

Now, just imagine if you can. Donald Trump sitting in the Oval Office, the next time America faces a crisis. Imagine him being in charge when your jobs and savings are at stake. Is this who you want to lead us in an emergency? Someone thin skinned and quick to anger who’d likely be on Twitter attacking reporters or bringing the whole regulatory system down on his critics when he should be focused on fixing what’s wrong? Would he even know what to do?

Yet it never mattered. She couldn’t get enough voters to listen.

Tiresome to say, but part of it can be chalked up to gender. Novelists and Hollywood writers may create delightful female know-it-alls, from Elizabeth Bennet to Hermione Granger to Olivia Pope. But they seldom get happy endings in real life. In real life, such women are often despised precisely because they are right.

And if you reread Hillary’s speeches, you can see that her words were really unsparing and precise. She wasn’t shyly hiding her erudition. To wit: “Donald Trump doesn’t know the first thing about Iran or its nuclear program. Ask him. It’ll become very clear, very quickly.” Or: “There is a difference between getting tough on trade and recklessly starting trade wars.” In “What Happened.” she compares Putin to a subway manspreader.

Talk about a guy who had a problem with powerful ladies. After Hillary criticized one his policies, Putin told the press, “It’s better not to argue with women.”

But some of the reasons Hillary’s warnings may have gone unheeded were more idiosyncratic. Early in her career, she tested good people’s patience not with her rightness, but with her self-righteousness. The former Senator Bill Bradley comes to mind: Decades ago, she batted away his request for a more realistic health care reform bill, adding that the Clinton administration would “demonize” anyone who stood in its way. “That was it for me,” Bradley told Carl Bernstein, “in terms of Hillary Clinton.”