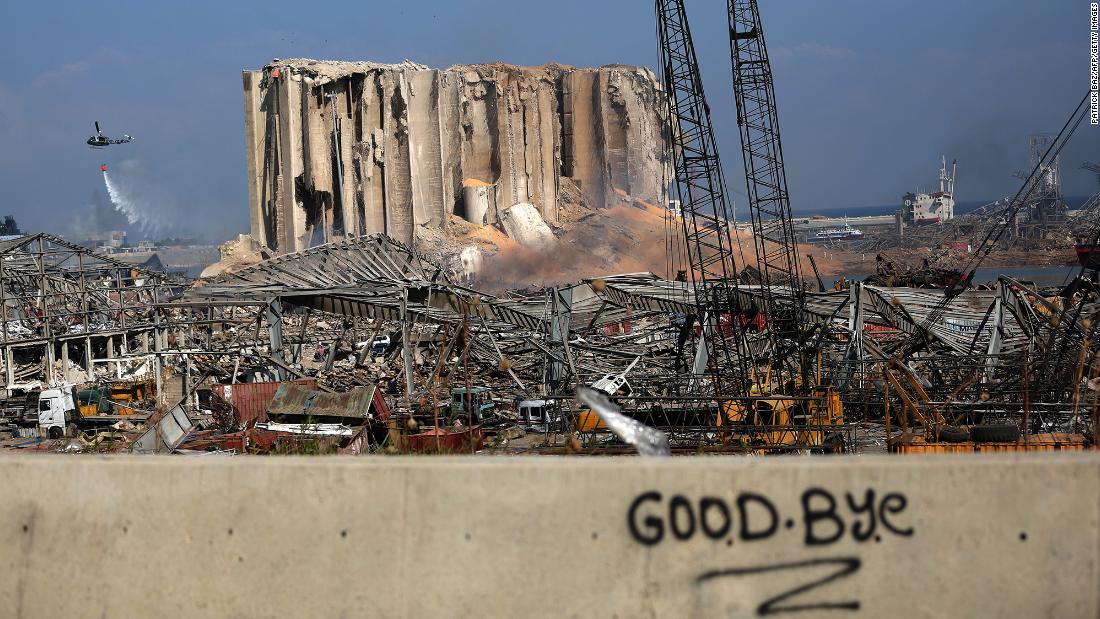 But the never-ending tragedy that is Lebanon is not the result of the random doings of destiny.

Lebanon’s government has blamed a large quantity of poorly stored ammonium nitrate for the blast that rocked the city, killing at least 135 people, injuring more than 5,000 and destroying the capital’s critical port, through which most of the goods Lebanon needs — including food — enter the country. Some 300,000 may have been left homeless.

Initial investigations of the catastrophe appear to show it was the result of a confluence of ludicrously reckless practices and non-existent concern for safety — though we can’t know for sure this early. The Prime Minister has promised a full investigation.

The Lebanese people have long suffered as a consequence of the actions and behavior of venal, incompetent individuals; of power-hungry politicians, businesspeople, and shadowy figures, and of geopolitical actors who have made the country their plaything at the expense of good governance.

Everything that could go wrong in Lebanon has. The blast came in the midst of an epic economic collapse and a global pandemic, with political factions fighting each other as the people, growing hungry, have alternated between despair and rage. (As a prominent TV personality, Antoine El Hajj, put it, “the middle class has become poor and the poor have become destitute.”)

So it was not surprising that the explosion immediately ignited a storm of speculation and suspicion. What and who caused the cataclysm, everyone wanted to know.

Into this situation stepped the President of the United States, Donald Trump, who appallingly — almost casually — appeared to inject more fuel into the smoldering conspiracies, calling the explosion, a “terrible attack,” and later speculating that it was “a bomb of some kind.” Trump claimed he had heard it from “our great generals,” but defense officials told CNN they didn’t know what he was talking about.

The only reason Trump’s carelessness did not set off an even worse political blowup in a country seething with intrigue may be that the world has come to know Trump as a fantasist and a liar.

Still the Lebanese did not require his help to set off on conspiracy-minded guesswork — the sheer volume of which on social media attests to the country’s political maelstrom: The Lebanese are familiar with factions and actors and powers. Was it any of the usual suspects? The calamitous 15-years-long civil war that ended in 1990 acquainted them with — and left the outlines of — political conflict and malignant patronage.

What exactly caused the explosion? Images of a mushroom cloud led some to conclude that, “no question that was an atomic bomb”–though experts promptly noted that explosions of all kinds create mushroom clouds, and this was most certainly NOT a nuclear weapon.

Lebanese authorities first blamed fireworks stored at the port. But it seemed unlikely firecrackers and sparklers could create a blast of that magnitude. Then new facts started trickling in, and the banality of what may have caused the catastrophe started to emerge.

Stored at the port, there was in fact a massive amount of ammonium nitrate, the highly explosive mix used by the 1995 Oklahoma City bombers, perpetrators of what at the time was the worst terrorist attack in US history. Those bombers used two tons. The Beirut port held 2,750 metric tons — over a thousand times more — so much more that the head of Lebanese customs said he had sent six documents to the judiciary warning about the danger, urging that the explosives be removed.
The current understanding — via Lebanese officials — is that the ammonium nitrate stockpile ignited, though it is not clear what caused this, and the ensuing blast leveled large swaths of the city.
If this is what happened, it wasn’t terrorism or geopolitics, it was incompetence and negligence. But it’s worth noting that incompetence and corruption in Lebanon are partly fueled by interference by other powers. Iran and Saudi Arabia carry on a long-standing proxy competition in Lebanon’s political arena. The country’s system of government divvies up power by sectarian group, among Sunnis, Shiites and Christians. Often backed by outsiders, politicians and functionaries too often see their positions as a way to enrich themselves rather than to work for Lebanon, creating unstable conditions in a fragile country.
Lebanon’s President and Prime Minister are reflecting the sorrow and fury that now permeates what was once a glorious capital. Prime Minister Hassan Diab vowed, “I will not rest until we find those responsible for what happened, hold them accountable, and impose maximum punishment.”
President Michel Aoun promised, “the most severe punishment.”

Lebanon needs urgent, lasting help, but even receiving outside help will be extraordinarily complicated given the political knots that are strangling the country. It’s not fate causing Lebanon’s tragedy. Perhaps the shared anger over this event can bring the Lebanese together to push back against the incompetent and the greedy, the functionaries, politicians, and outside players, who have hijacked their country and created conditions for the Lebanese people’s never-ending tragedy; admittedly a monumental task.