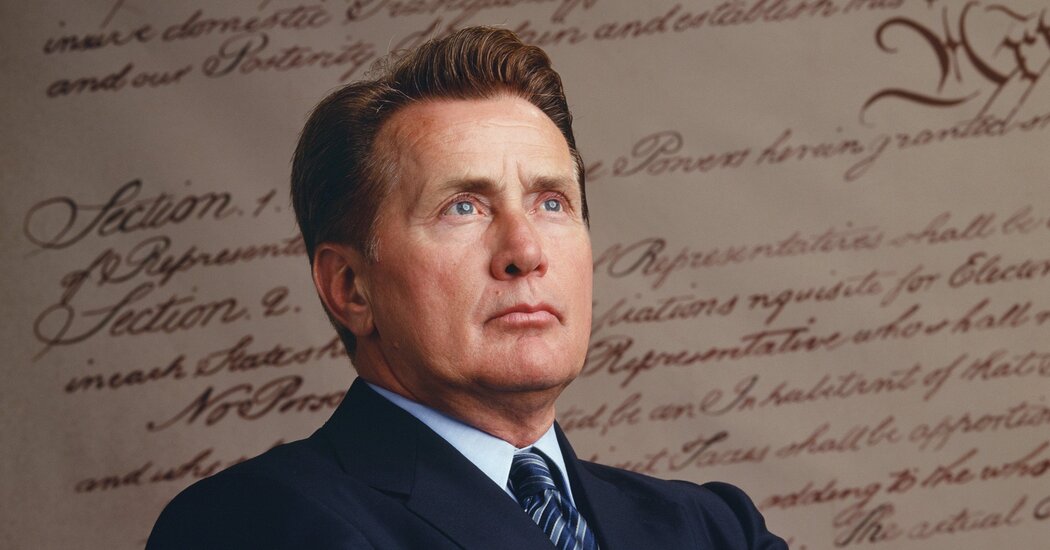 Set in the White House of fictional President Jed Bartlet, “The West Wing” is an hourlong serial drama that aired on NBC from 1999 to 2006. It features the moral quandaries of President Bartlet — economist, Nobel laureate and Democrat — along with those of his family and staff. The show’s cast of thousands includes assistants and interns, journalists, political consultants, pollsters, White House attorneys, military advisers, Supreme Court justices, and congressional adversaries and allies.

The fictional West Wing of two decades ago doesn’t always hold up to 21st-century standards for workplace relationships and attitudes, but my coffee mug sums up the main characters pretty well. Imperfect though they can sometimes be — making colossal errors of judgment, sabotaging promising relationships, being rude to subordinates — they work collectively as a kind of role model for unstinting service to the country we all love.

Story lines on “The West Wing” include the usual grudges, hookups, missed opportunities and hurt feelings endemic to television drama, but the show is far more than a nighttime soap opera. At its heart, “The West Wing” is a multiyear civics lesson, and every episode is a parable.

Season by season, the show demonstrates the way the federal government is supposed to work and why. What do checks and balances look like in practice? Why is it sometimes necessary to compromise, and when is compromise nothing more than capitulation? Whose interest trumps the interests of everyone else? (Hint: It’s never the elected official’s.) What is the right relationship between the White House and the press?

It’s all delivered with the wit, humor and staccato pacing that we now think of as the calling card of the show’s creator, Aaron Sorkin — a style that has become a cultural shorthand for verbal virtuosity and moral righteousness. In a debate last week, Jon Ossoff, a Democratic Senate candidate in Georgia, eviscerated Republican Senator David Perdue with a brilliant elucidation of the senator’s failures. The commentator Joshua Holland called it “the most West Wing moment I’ve ever seen in real life.”

The quality of the show’s writing dipped precipitously after Mr. Sorkin left at the end of Season 4, but the civics lessons never flagged. “You know I’m not the enemy,” the Republican speaker of the House says to C.J. Cregg early in Season 5. “The things that unite us are far greater than the things that divide us.”

It’s a clunky speech, exuding the wide-eyed idealism that has made some viewers roll their eyes at “The West Wing” from the beginning. But its conviction that leaders on both sides of the political aisle want to do what’s best for the American people, though they don’t always agree on how to get there, has something to tell us about what’s possible, even now. About what we should expect, what we should demand, from our elected officials.

Perhaps that’s why the “West Wing” cast recently signed a book deal with Dutton to write “What’s Next: A Citizen’s Guide to The West Wing” and reunited to film a staged reading of “Hartsfield’s Landing” from Season 3. The episode streams free on HBO Max as a benefit for When We All Vote, a nonpartisan effort to increase voter participation. It was started in 2018 by Michelle Obama, Tom Hanks, Lin-Manuel Miranda, Janelle Monae, Chris Paul, Faith Hill and Tim McGraw.

I watched “The West Wing” for the first time when it was still airing on network television. My father loved it, never mind that he was a lifelong Republican. I had small children and precious little time for television, but I loved my father, so I watched “The West Wing” too. It was a way for us to frame the debate we’d been having about politics since the Reagan era. When Dad developed cancer at the beginning of the show’s second season, “The West Wing” offered something to talk about that had nothing to do with chemotherapy or radiation or feeding tubes. Years later, my mother bought all seven seasons on DVD. After she died, too, I watched them all again.

In those days, watching “The West Wing” still felt a little bit like a kumbaya singalong, a shared experience that transcends generational and political orientation. This year I’ve been watching the series again, this time on Netflix, and it doesn’t feel like that anymore. Today it’s a trip not just to another time — a time when computers covered an entire desk and cellphones were half the size of our heads — but to another planet. A place where people with different politics don’t fear one another and hate one another the way they fear and hate one another now.

“The West Wing” may be a fairy tale, but it’s a fairy tale with lessons we should heed on Election Day. We have had four years of unrepentant graft, of racist dog whistles and military force turned on American citizens. We’ve had four years of children torn from their parents and put in cages, of disdain for science and journalism, of disregard for public health and human life. Four years of dismantling American institutions, of humiliation on the world stage. Four years of lying and lying and lying. But this is the United States of America, and we don’t have to live with this travesty of a government anymore. This is the United States of America, and we can vote.

It may be the most “West Wing” thing we ever do in our lives.