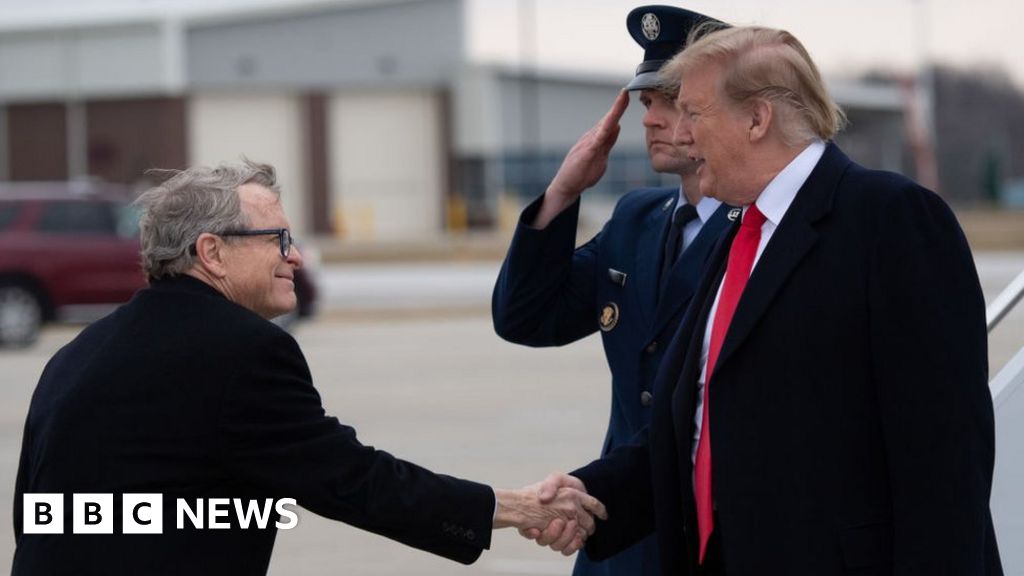 Ohio Governor Mike DeWine has tested positive for Covid-19 hours before he had been due to meet with President Donald Trump, who is visiting the Midwest state.

The Republican governor cancelled plans to greet Mr Trump at the airport due to the test result.

He will remain at home for the next 14 days, his office said on Thursday.

Mr DeWine is the second US governor to contract the virus after Republican Kevin Stitt of Oklahoma.

“I had no symptoms, no reason to think that I had Covid-19,” the governor said on Thursday.

The positive test was just the second for the governor since the outbreak began, following standard protocol ahead of a visit with the president. He received a nasal swab on live television in June in attempt to encourage Ohioans to be tested and received a third test to confirm his positive result on Thursday.

Mr DeWine was praised in the beginning days of the outbreak in the US for taking early action to stem the tide of infections.

Ohio was the first state in the US to close schools due to the pandemic and was among the first to shutdown businesses.

The state’s lieutenant governor was also tested on Thursday and was found to be negative.

Upon arriving in Cleveland to tour a factory and deliver remarks on the economy, Mr Trump told reporters “we wanted to wish him [Mr DeWine] the best. He will be fine”.

Mr Trump added that the governor has “done a fantastic job”.

Mr Stitt, the Oklahoma governor, was infected in mid-July.

Last month, Texas Congressman Louie Gohmert discovered he was infected with Covid-19 after he was tested by the White House before travelling to his home state with Mr Trump.

His plan was cancelled and Mr Gohmert, who frequently did not wear a mask while interacting with lawmakers on Capitol Hill, was forced to remain in Washington.

Illinois Republican Rodney Davis also tested positive for coronavirus on Thursday. Over a dozen members of Congress have been infected with the virus.

Preparing for racism – ‘If I don’t react the right way, I could lose my career’