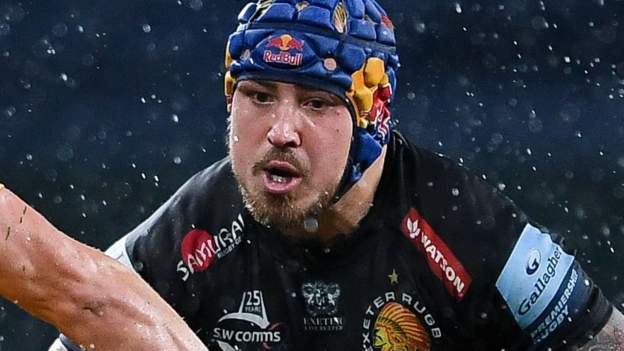 Winger Jack Nowell will miss England’s Six Nations decider against Italy and the rest of the autumn internationals.

Nowell is to undergo surgery on a toe injury that he has been carrying since Exeter’s Champions Cup semi-final win over Toulouse last month.

The 27-year-old has not trained for a fortnight and played through the pain to feature in Exeter’s Champions Cup and Premiership final victories.

“I’ve ruptured all the ligaments around my toe,” Nowell said.

“I’ve been strapped up for the last two weeks and have had to dig deep.”

England visit Italy on Saturday in their final game of the delayed Six Nations, lying a point behind leaders Ireland in the table.

Eddie Jones’ side then face Georgia, Ireland and Wales in the pool stages of the Autumn Nations Cup in November before a final game against a yet-to-be-decided opponent on 6 December.

Nowell missed the opening stages of last year’s World Cup after being injured in Exeter’s 2019 Premiership final loss to Saracens.

“You’ve got to give him great credit for deciding that he wanted to really drive these last few weeks of his club season.”

Queen and Prince Philip to celebrate Christmas ‘quietly’ at Windsor