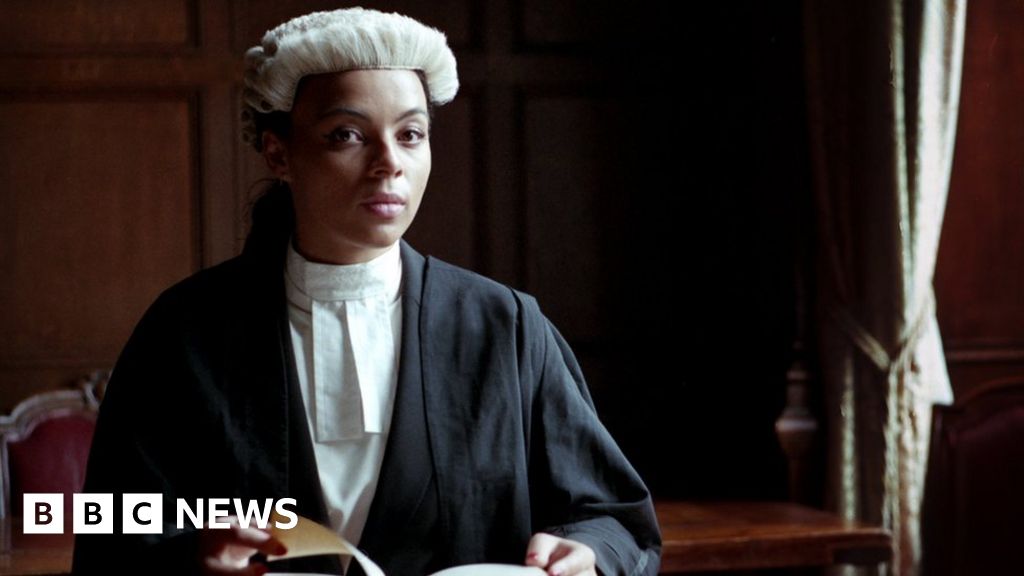 Black barrister Alexandra Wilson – who was mistaken for a defendant three times in one day – has been praised and vilified on social media for speaking out about racism in English courts. The BBC has spoken to other legal professionals about their experiences of prejudice – and what needs to change.

‘I had imposter syndrome’

Natasha Shotunde, from London, was called to the bar in 2013. Last year, she helped establish the Black Barristers Network to offer professional and personal support to professionals.

It will soon publish a report based on a survey of the working lives of black barristers.

“When I started I felt I had imposter syndrome,” she said.

“I used to practise in crime, and as a pupil and a junior I would be mistaken for a defendant.

“Nobody thinks that black people or ethnic minorities can be barristers.

“I react by channelling my ‘white male barrister’. Before anyone can make an assumption, I try to say something like ‘By the way, I’m a barrister’ or ‘I am looking for my client’ or ‘I’ve got a case today’.

“I don’t give them the opportunity to question my status.

“People’s perceptions – that a barrister is a white middle-class man – need to change. We are a diverse profession but we need to become more diverse, and the perception of what a black person is, the stereotyping, needs to change.

“It can hold us back in terms of the work we receive. You need to be working on good cases to progress towards becoming QC, and it may be that there is bias there from the chambers, or from the client.

“This can be a very difficult profession to work in. We work crazy hours, it’s very isolating, but having a layer of racism there means it’s crippling.

“I commend Alexandra Wilson for saying what she said, she was brave. When you hear a story like that it revives a lot of pain in all of us.

“You bury it deep, but those feelings never go away.”

‘Bias is implicit and often unconscious’

Prof Leslie Thomas QC, of London-based Garden Court Chambers, was recently appointed the first black Professor of Law at Gresham’s College. He said experiences like those reported by Ms Wilson were nothing new.

“You turn up at court, and you’re seen as the defendant, the clerk, the solicitor…everything apart from the barrister. This has happened to me so many times.

“On one occasion, I turned up to a case in my wig and suit and I was given such a hard time by the court’s security guards.

“I don’t mind security giving anyone a hard time, if everyone gets a hard time. But that’s not the case.”

He said he was pleased by Ms Wilson’s stand against the issue, but said the reaction to her story “made me laugh”.

Prof Thomas said: “People need to wake up and smell the coffee. Being a white kid gives you privilege.

“The perceptions of black people are so deep rooted [in society], it’s not just the bar.

“However, there are few workplaces that lack diversity more than the courts. There is unconscious bias.

“One time, a judicial figure in this country said he was impressed by ‘how articulate’ I had been in court. I’m supposed to be articulate, I’m a barrister!”

Prof Thomas said the death of George Floyd and the Black Lives Matter movement had given him hope that racial bias was at a “turning point”, but the question of “whether society can keep it up” remained to be seen.

In an article for Counsel Magazine earlier this year, Prof Thomas wrote that “there are still no black male High Court judges”.

“Bias is implicit and often unconscious,” he said. “It takes great courage to change the system.”

‘I wear ID to avoid being questioned’

“Steve” (not his real name) has been a magistrate in the West Midlands for 18 years. He said, unlike white magistrates, he was regularly searched by court security.

“In any restricted areas, which are only for staff and judges, I am questioned about what I’m doing there and how I got in.

“A magistrate placed his hand on my shoulder and repeatedly told me I couldn’t go into a restricted area. I told him to take his hands off me.

“Later, in the retirement room at lunch, the same magistrate proffered his apologies. When I explained his actions were racist, he raised his voice and said he was not. The experience in court that day was cold and painful.

“I wear my ID all the time now, just to avoid being questioned.

“Some of the magistrates are condescending and rude to black barristers. I have to remind them: ‘This is counsel you are talking to’.

“Last year, I heard a case of a defendant who had used racist language to a Sikh police officer.

“The evidence was beyond reasonable doubt. During deliberations, the chairman of the bench and the other magistrate said he was not guilty.

“Even the legal clerk asked if we had considered the facts – and they said yes.

“The chairman said there was an elephant in the room – I said I had no idea what he meant. ‘You are black’, they said – and that was why I had voted guilty.

“In all my time in court, I have never been made to feel so humiliated.

“Finally, it was revealed that the defendant had racially abused black police officers on many occasions and his account was inconsistent. The chairman changed his mind.

“I left the court feeling devalued. Many times I want to give up, but I want to serve my community. I took an oath of allegiance.”

A spokesman for the Judicial Office said it had an appropriate grievance procedure for complaints for magistrates, judges, colleagues and staff and there were also mentors, HR advisers, helplines and other support groups.

“It is fundamental to the ethos of all judges and magistrates to treat everyone equally and with respect,” he said.

“The judiciary is committed to ensuring that the environment in which judicial office-holders work is free from racism, harassment, victimisation and bullying of any kind.”

HM Courts & Tribunals Service, which is responsible for court staff, said: “There is no place for discrimination anywhere in society, and we are committed to playing our part in tackling it across the justice system.

“Unconscious bias training is mandatory for all court staff, all new starters undergo diversity and inclusion training and we are constantly looking at how we can further ensure all users are treated equally and fairly.”