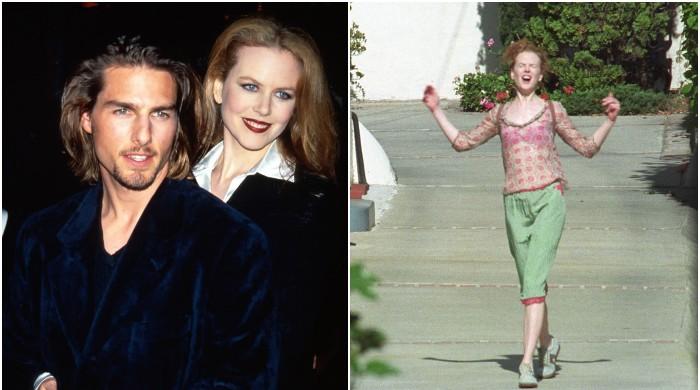 Tom Cruise is known to not being the most pleasant man around, as reminded by his costars as well as his failed marriages.

His past marriage with Nicole Kidman was also something that was famously considered significantly bumpy which was aptly mirrored by her response after their divorce was finalized.

Kidnman’s delight in parting ways with the Top Gun actor was caught on camera after she was papped leaving her lawyer’s office with her arms in the air in celebration.

They past paramours had gone separate ways in 2001 after their 12-year marriage, citing “irreconcilable differences”. However, their marriage had taken seven months to dissolve which explained Kidman’s celebratory photos.

The two had met in 1989 on the set of the 1990-released film Days of Thunder where they fell in love, while Cruise was still married to his first wife Mimi Rogers. His marriage ended in February 1990 and he married Kidman only months later.

Gauri Khan Shares A Pic With Shah Rukh Khan, Clicked In “2000 Something” (Her Words)