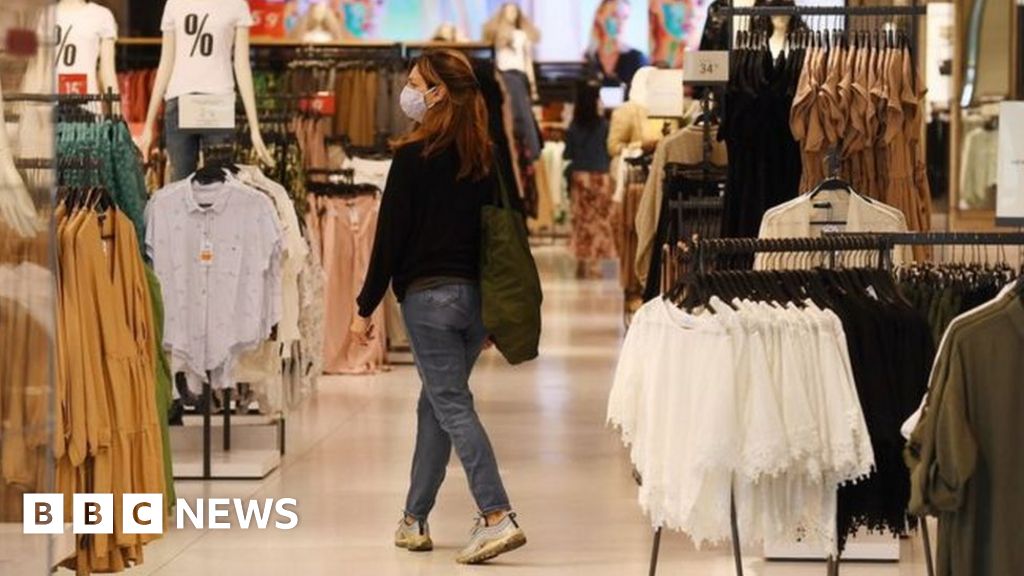 Wearing masks in shops and other enclosed public spaces will be compulsory from Monday, Northern Ireland’s first minister has said.

Arlene Foster added indoor pubs which do not serve food will not be allowed to reopen on Monday, as planned.

Ministers have been discussing the health minister’s proposal to bring forward the original review date.

Meanwhile, all schools will reopen full-time to all pupils from the start of term, the education minister said.

Health Minister Robin Swann said earlier he was concerned about mixed messaging from the executive.

The NI Executive has said it would base its lockdown-easing decisions on rate of the spread of the virus in the community.

That R-number (the average number of people an infected person passes Covid-19 on to after contracting the disease) is now estimated to be between 0.8 – 1.8, and infections have risen three-fold since early July, said the health department earlier.

Internationally viewed as an important measure in tracking the spread of the virus, the goal is to keep R below one.

Confirming that face coverings would be mandatory from Monday, First Minister Arlene Foster said: “It’s really about trying to give confidence to people who feel vulnerable and maybe have been shielding.

“We’re asking the public of Northern Ireland to work again with us around all of these issues and to listen to what we’re asking them to do.”

She added: “If people get to the position where we’re issuing fixed penalty tickets then we will have failed in telling people why it is important to do this.”

Asked if there was a “trade-off” between keeping alcohol-only pubs closed and the plan to fully reopen schools, Mrs Foster said: “I make no apology for the fact that we’re prioritising schools, I think it’s important for our young people that we get them back into schools.”

The decisions come days after the Irish government decided to push back its reopening date for pubs to 31 August at the earliest.

At present, pubs and hotel bars in Northern Ireland can only open fully if they serve food.

Those that only sell alcohol are restricted to serving customers outdoors.

The NI Executive had been due to review the pubs policy on 20 August and could have then made it law; Mrs Foster said the opening date for pubs would be pushed back to the start of September.

It is understood soft play areas that were due to reopen on Friday 7 August have also had their date postponed.

Colin Neill of Hospitality Ulster said the decision on pubs was “a catastrophic blow” that “removes the right to earn a living for people who work in our traditional pubs”.

“This will result in business failures and job losses immediately,” he said.

“This decision now comes with a moral responsibility of the Northern Ireland Executive to step in and put in an emergency funding package to help save these jobs and save these businesses.

The Commissioner for Older People for Northern Ireland, Eddie Lynch, has said that the current level of mask wearing by the public is causing “great concern among older people” and is preventing many of them emerging from lockdown.

The shielding period for vulnerable people ended on 31 July in Northern Ireland.

A public information campaign encouraging the take-up of face coverings is due to begin later this week.

R number on the rise

The health department said that when community transmission of the virus was very low, the R number “will show a high degree of volatility and be heavily influenced by small local clusters”.

It added that the number of positive tests per day was “likely to be a more important parameter” in determining public health policy decisions.

On Thursday, 43 new confirmed cases of Covid-19 were confirmed, bringing the total number of confirmed positive cases in Northern Ireland to 6,049.

Twenty-three clusters have been identified in Northern Ireland since contact tracing began in last May.

Eleven are still open, with 168 cases of Covid-19 associated with them.

Nine clusters have had five or more cases associated with them. Fourteen across Northern Ireland have had fewer than five people. Smaller clusters may be associated with a larger cluster – for example, a common geographic location or common social setting.

Five have been identified in the past week, with 35 cases involved and 239 close contacts.

Clusters are defined as two or more cases among individuals associated by a key setting – a workplace, retail or hospitality premises, domestic gatherings and sporting settings – with illness onset dates within a 14 day period.