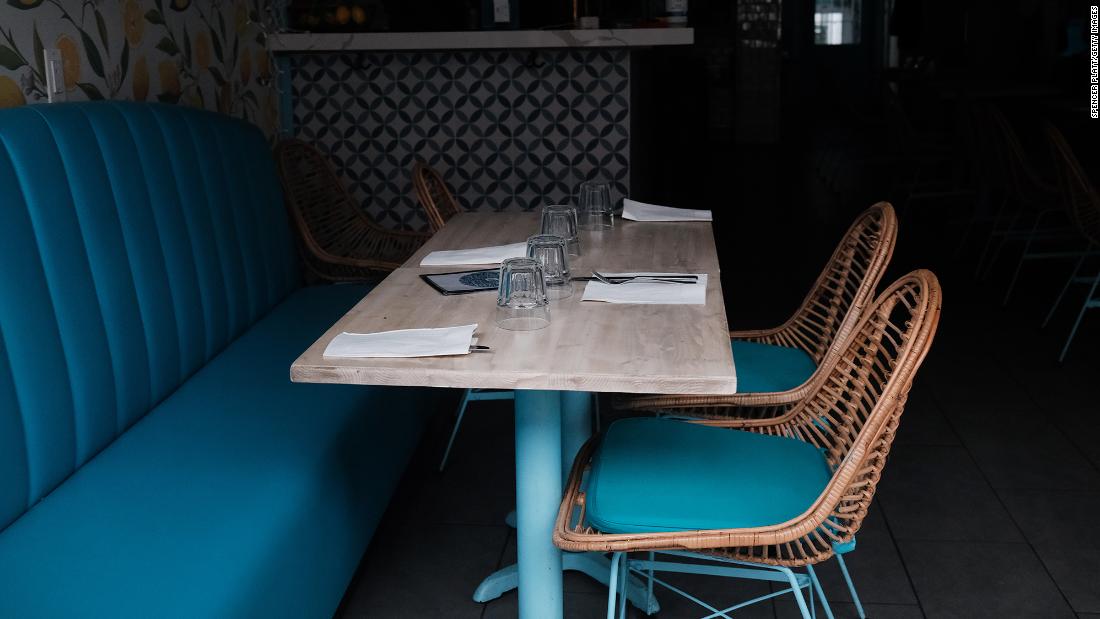 New York Governor Andrew Cuomo, who discussed the ban during a Covid briefing on Friday, acknowledged that “there’ll be an economic hardship,” for restaurants. He said that the city’s density has made indoor dining a particular risk, and pointed to recent guidance from the CDC that advised people to stay away from certain indoor spaces. “We’re asking everyone to hold on,” Cuomo said.

But for the city’s restaurant operators, that will be a challenge.

Across the country, 10,000 restaurants have closed over the past three months, according to the National Restaurant Association. In New York, the numbers have been dismal. Last week, even before the new ban was announced, dining in restaurants in the state was down about 70% compared to this time last year, according to CNN Business’s economic recovery tracker, which uses data from the reservation site OpenTable.

“We have pivoted, we’ve changed, we’ve opened, we’ve done everything that has been asked,” said Melba Wilson, owner of Melba’s Restaurant in Harlem and the president of the New York City Hospitality Alliance. “I don’t know that we can come back from this,” she added.

Melba’s Restaurant has been open for 16 years. Before the pandemic hit, Wilson had about 39 people on staff. Now she’s down to about 19, and fears that the new restrictions will mean letting more people go.

She feels that the restrictions on New York City are unnecessarily harsh because restaurants in other parts of New York state are currently allowed to stay open for indoor dining despite surging cases.

“Why do we have to be penalized?” she said, referring to NYC restaurants that have been following official guidelines. “A lot of us are not going to be able to come back.”

During his press conference on Friday, Cuomo said that a commercial eviction moratorium put in place during the pandemic will be extended. He also pointed to the city’s outdoor dining program, which has allowed restaurants to build ad-hoc outdoor dining setups, as a form of relief. Many restaurants have used the new program to bring in more business. And he mentioned that in the absence of outdoor dining, restaurants have turned to delivery and takeout.

But the reaction from elected officials has frustrated some restaurant owners, who see the measures as far from enough.

“They can have their Zoom meetings and give their opinions. They’re not out on the street, they don’t have the problems that we do,” said Sam Barbieri, owner of Waterfront Ale House in Manhattan.

The alternatives to indoor dining fall short for many restaurants. Delivery services like Seamless often take a cut from each order, which can put restaurants in the red. And outdoor dining is expensive to set up. Plus, as the weather turns, fewer people may opt to eat outdoors. And ahead of winter storms, restaurants may have to dismantle their outdoor setups altogether.

“I need to be open,” Barbieri said. “Let us operate our business as it used to. Trust us that we’re going to separate people,” indoors, he said. “Let’s move forward.”