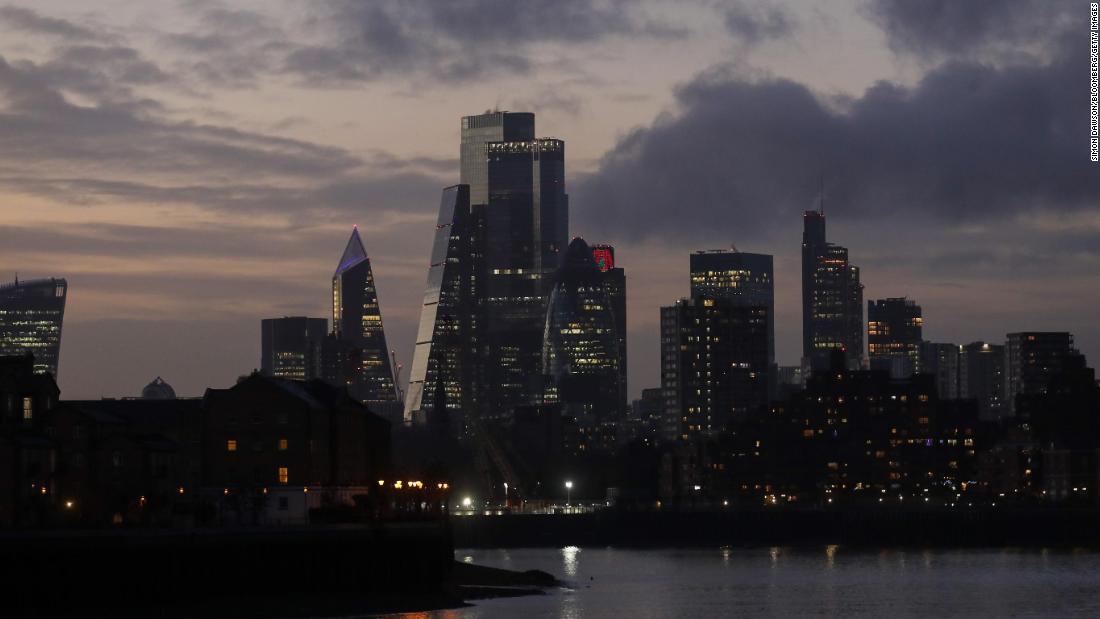 “Over the last few days, thanks to our world-class genomic capability in the UK, we have identified a new variant of coronavirus, which may be associated with the faster spread in the southeast of England,” Hancock said in Parliament.

He said that more than 1,000 cases with this variant had been identified, predominantly in the south of England, and that “numbers are increasing rapidly.”

He said similar variants had been identified in other countries in recent months, and that the UK had notified the World Health Organization about the new variant as expert analysis continues.

“I must stress at this point that there is currently nothing to suggest that this variant is more likely to cause serious disease, and the latest clinical advice is that it’s highly unlikely that this mutation would fail to respond to a vaccine,” Hancock added.

H
e said that “it shows we’ve got to be vigilant and follow the rules, and everyone needs to take personal responsibility not to spread this virus.”

Hancock said London will be moved from England’s Tier 2 “high alert” local restrictions to the “very high” Tier 3 on Wednesday morning at 12:00 a.m., along with nearby areas in south and west Essex, and south Hertfordshire.

Under the highest restriction level, all hospitality venues including pubs, cafes and restaurants will close except for takeout and delivery.

Residents are already unable to meet people from other households indoors, and will now not be able to meet in private gardens or at most outdoor venues. They may meet up to six people outside at parks, public gardens or sports facilities. Retailers will be able to stay open.

People should avoid traveling outside their area and reduce the number of journeys they make wherever possible.

“Over the last three weeks we’ve seen very sharp exponential rises in the virus across London, Kent, parts of Essex and Hertfordshire,” said the health secretary.

“We do not know the extent to which this is because of the new variant, but no matter its cause, we have to take swift and decisive action, which unfortunately, is absolutely essential to control this deadly disease while the vaccines roll out,” Hancock added.

He said that in some areas, the doubling time is now around every seven days, and that rates were raising not just among schoolchildren, “but in all age groups including the over 60s.”

Hospitals in London, Essex and Kent are already under pressure and could quickly be “overwhelmed” without action, he added.

Hancock said taking early actions that are “not necessarily easy, but are effective” was vital to prevent longer lasting damage, adding that community testing would also be extended.

“I know the steps are hard, but we must not waver as we enter the final stretch, so that when we look back on this time of crisis, we can all say that we played our part,” he added.

London joins regions including much of northern and central England, Kent in the southeast, and Bristol in the southwest in Tier 3.

However, people living in the UK will be allowed to form a “Christmas bubble” of up to three households between December 23 and 27. Households can only be in one bubble and may not switch.

Mayor of London Sadiq Khan said the decision was “incredibly disappointing for businesses, who have suffered so much already,” but said it was “clear that the virus is accelerating” and lives were at risk.

“It would be such a tragedy to lose even more people to this disease when the vaccine is now being rolled out across our city,” he said.

“We know from bitter experience that when cases start to rise quickly, it’s much better to act early, rather than too late. This is how we can avoid even tougher restrictions, for longer, further down the road.”

This developing story has been updated with additional reporting.