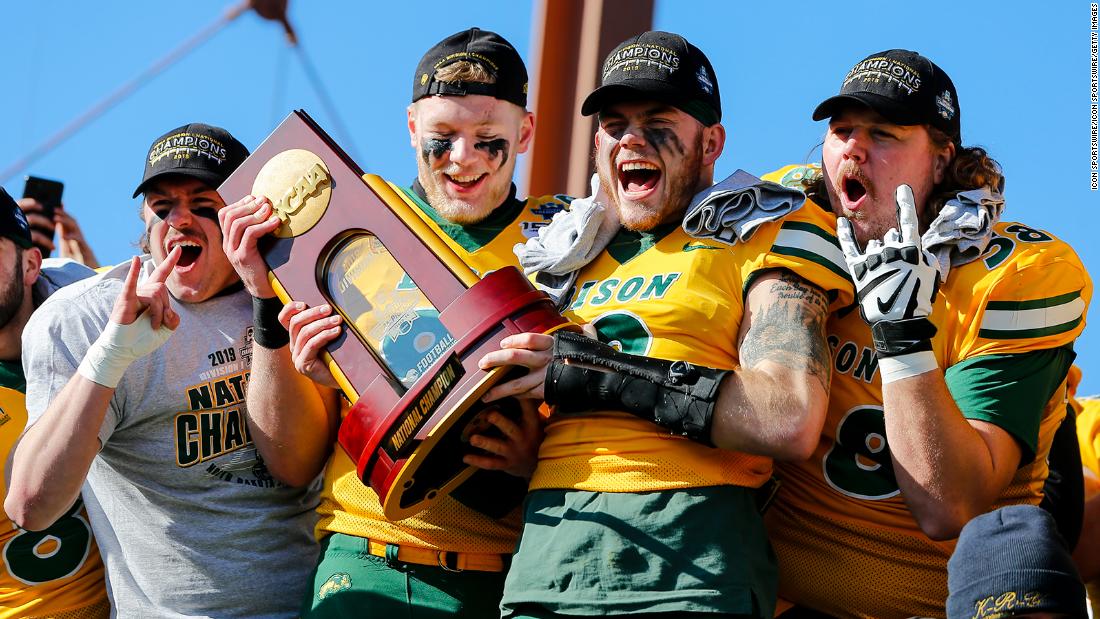 Eight of the 13 NCAA Division I Football Championship Subdivision (FCS) conferences have now announced that they aren’t playing conference football this fall — meaning the annual FCS playoffs to determine a national champion will not be held this fall.

The FCS is formerly known as Division I-AA and is separate from the NCAA’s top tier, NCAA Division I Football Bowl Subdivision (FBS), which uses the College Football Playoff.

The Big Sky Conference announced Friday that it is postponing its fall 2020 football season to spring 2021. Additionally, the Pioneer Football League announced Friday there would be no conference competition in the fall. The others that previously have announced they won’t have football conference play in the fall are the Colonial Athletic Association, the Ivy League, the Mid-Eastern Athletic Conference, the Northeast Conference, the Patriot League and the Southwestern Athletic Conference.
Per the NCAA Board of Governors guidelines announced Wednesday, if 50% or more of eligible teams in a particular sport in a division cancel or postpone their fall season, there will be no NCAA fall championship in that sport.
North Dakota State, which is part of the Missouri Valley Conference, has the most FCS championships, winning eight of the last nine titles, including in 2019.

The Big Sky said in a press release that it has begun exploring modified versions of a conference football schedule to be played in the spring and fully supports the NCAA shifting the FCS playoffs to the spring.

“This is the right decision for our member institutions, even though we realize how disappointing it will be for all who represent and care about Big Sky football,” Big Sky commissioner Tom Wistrcill said. “We will now shift our attention to doing everything within our power to provide our football student-athletes and coaches with a conference schedule and a championship opportunity in the spring. We already have begun actively engaging our fellow FCS conferences and the NCAA to join us then for what will be a unique opportunity to return to competition and compete for an FCS championship.”

According to the NCAA Board of Governors guidelines, if any NCAA division elects to postpone fall sports championships, the decision to conduct the championships at later dates must be based on the scientific data available at that time, as well as an assessment of the operational, logistical and financial impact of proceeding.

When a championship is set to occur on a new date, an additional assessment must be made using the same factors (scientific data available at the time and operational, logistical and financial impact), and the division will report its determinations to the Board of Governors for its review.

On Wednesday, it was announced in separate NCAA press releases that the Division II’s seven fall 2020 championships were canceled, and Division III was canceling fall sports championships for 2020-2021.