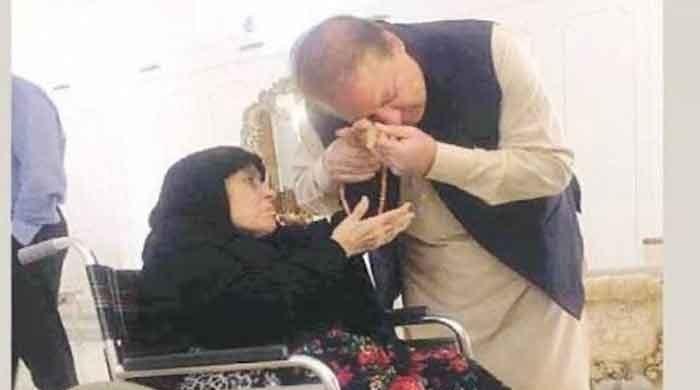 The funeral prayers are expected to take place at the Sharif Medical City, Raiwind at 1:30pm. She will be buried in Jati Umrah.

Late Begum Akhtar’s body has been sent to Pakistan from London via British Airways flight BA-059.

Geo News reported Saturday morning that her body had reached Lahore and was handed over to her son, Shehbaz, who was at the Lahore airport with his son Hamza Shahbaz to receive the body.

Scores of PML-N workers made their way to the airport as the London flight carrying Begum Akhtar’s body landed in Lahore.

PML-N supremo Nawaz Sharif offered the funeral prayers of his mother in London on Friday along with several family and party members.

The prayers were held in London Central Mosque — alternatively known as Regent’s Park Mosque — where the number of participants had to be limited to 30 under the United Kingdom’s coronavirus guidelines.