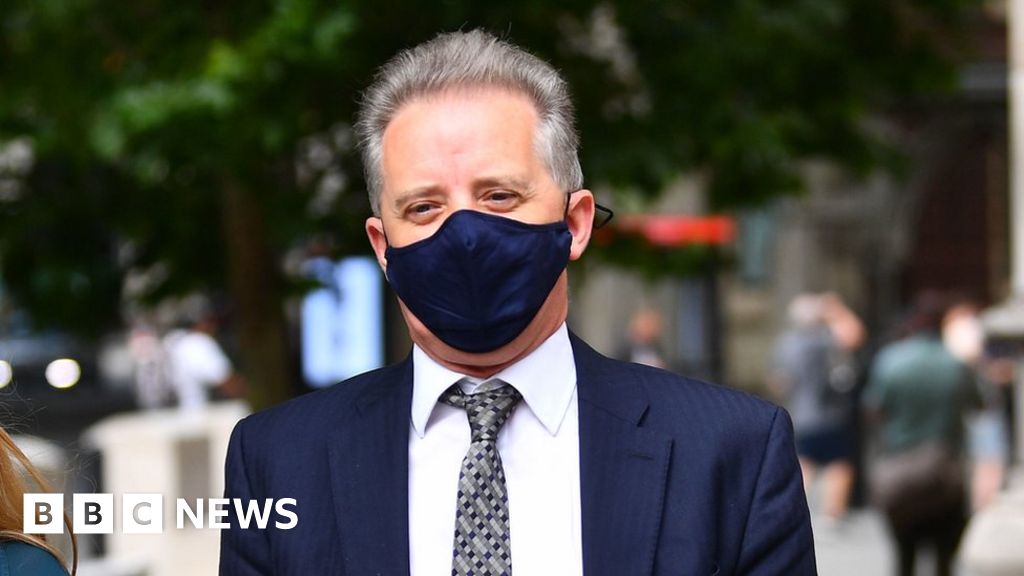 There must be an organised effort to prevent Russia from disrupting and distorting political life, former MI6 officer Christopher Steele has warned.

Mr Steele was behind the so-called Trump-Russia dossier, which alleged collusion between Moscow and the US president’s 2016 election campaign.

In an interview with Conservative MP Damian Collins, he warned that Russia is targeting all political parties.

He added the UK had been “behind the curve” in deterring Russian activity.

Speaking on Mr Collins’ podcast, Infotagion, Mr Steele said political parties in the UK are being targeted, whether through donations or cyber-hacking, and must proactively approach the security services for help.

Mr Steele argued that Moscow’s aim was “to create great polarity, great partisanship and divisions within political life, the likes of which we have not seen in democracies before”.

He said the Kremlin was seeking to shatter consensus and push political debate to the extremes, pointing to Brexit as an example.

The report criticised the security services for failing to investigate whether the Kremlin had interfered in Brexit and other areas of politics in recent years.

Mr Steele said security officials did not like to step into areas that were politically highly sensitive, and that he had told senior politicians of all parties that they must be proactive in approaching MI5 and MI6.

He argued that lax regulation of Russian money entering the UK has “bled” into political life, with parties being targeted either through donations or computer hacking.

“It needs to be an organised counter-effort to make sure that this doesn’t distort and disrupt our political life,” he said.

This week, it emerged that documents on UK-US trade talks, leaked before the 2019 election, were stolen from the personal email account of Tory MP Liam Fox.

The papers were published online and used by Labour in the 2019 campaign to claim the NHS would be put at risk.

The UK government has said Russians almost certainly sought to interfere in the election through the documents.

Moscow has denied any role in this and other acts of political interference.

Questions have also been raised about funds flowing into the Conservative Party from individuals with links to Russia, but who are now UK citizens and deny any wrongdoing.

Ministers are considering strengthening security laws to require foreign agents to register in the UK in future. Mr Steele said he supported such a move but that it needs to be framed carefully so that it is effective.

Overall, the UK has been slow to respond, he said.

“There are huge vulnerabilities that are created by democracy and by modern technology and we are not catching up quickly enough with how our adversaries are able to, and willing to, exploit those things without really strong retaliation and deterrence existing,” he said

Mr Steele, who left MI6 in 2009 and set up a private business intelligence firm called Orbis, is best known for his role in the so-called Trump-Russia dossier, which was made public in January 2016.

It alleged collusion between Mr Trump’s election campaign and Russia and has become the subject of intense political battles, with the US president tweeting that he wanted Mr Steele extradited.

Some of the dossier’s claims have been disputed and Mr Steele did not discuss it in detail in the podcast interview, as legal action is ongoing.

He did say, though, that he expects more interference in the 2020 US election with some foreign governments concerned about the Democratic candidate Joe Biden winning in November.

“We are on the defensive,” Mr Steele argued, adding that the West is weaker than at any point since the end of the Cold War.