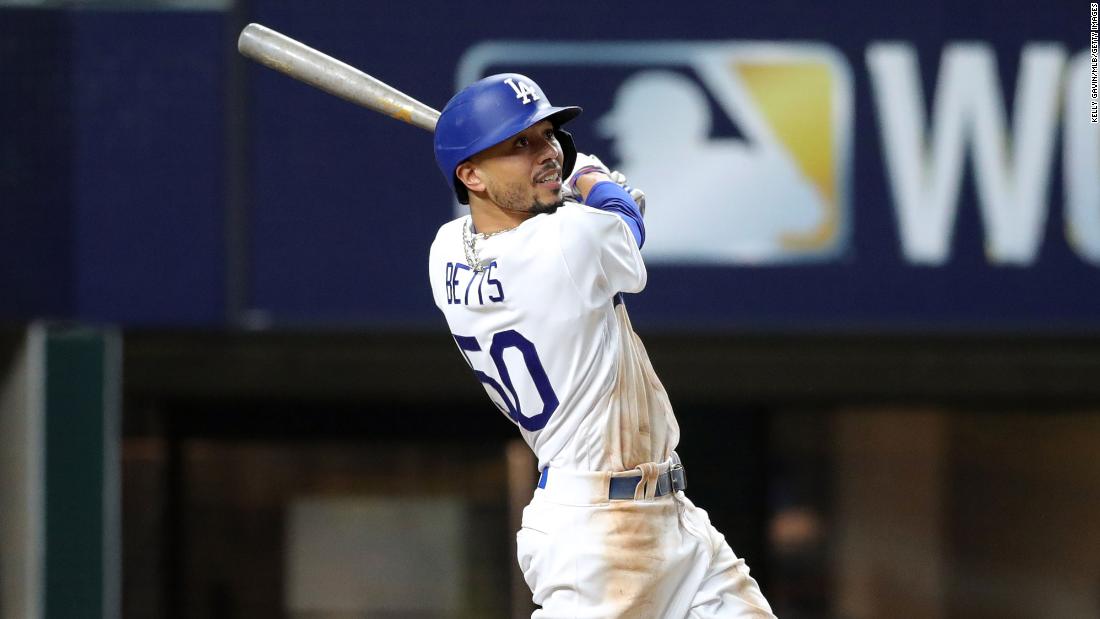 Taco Bell is running its “Steal a Base, Steal a Taco” promotion through the World Series, and Betts’s first stolen base earned all the chance to get a free Doritos Locos Taco.

Betts actually stole two bases in the bottom of the fifth inning, but the promotion’s rules only allow people to claim one free taco.

On October 28, anyone in the US and the District of Columbia can get a free Doritos Locos Taco at participating Taco Bell locations, according to the company’s website.

The Dodgers beat the Rays 8-3 in Game 1. Betts had two hits, two runs, one home run and one RBI. It’s no coincidence that the Dodgers’ best inning was in the fifth, when Betts stole those two bases.

Betts has been down this road before: He stole a base in Game 1 of the 2018 World Series while Taco Bell was running that same promotion when he played for the Boston Red Sox against his current team, the Dodgers.