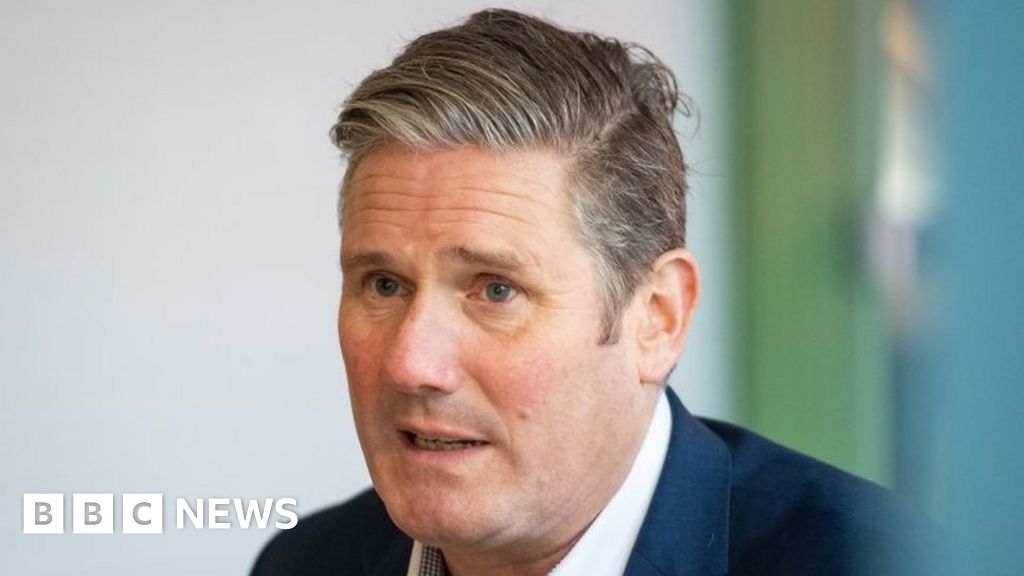 Boris Johnson’s government has “lost control” of coronavirus, the leader of the opposition has said.

Speaking to the Observer, Sir Keir Starmer accused the prime minister of “serial incompetence” over the virus.

He has called for ministers to set out a new “road map” for dealing with Covid-19 until a vaccine is rolled out.

A Downing Street spokesman said the prime minister had already set out “a package of measures” that could be in place for the next six months.

The package “balances the need to suppress the virus while also protecting the NHS, keeping children in schools and keeping the economy moving over what is going to be a challenging winter”, the spokesman added.

In a wide-ranging interview, the Labour leader laid out a five-point plan to fight rising infection rates.

The proposals urge the government to:

Sir Keir said the prime minister was guilty of “governing in hindsight”, as he ramped up his attack on the government’s handling of the pandemic.

The choice of words echoes Mr Johnson’s own frequent criticism of Sir Keir during Prime Minister Questions, having labelled him “Captain Hindsight” for criticising the government’s actions.

The Labour leader, who was elected in April, added: “I think they’ve lost control of the virus.

“And I don’t want to see death rates go up. Nobody does.

“But this is serial incompetence.”

Sir Keir blames divisions in the top of government and says that local health officials should have been more involved in tackling outbreaks, according to the paper.

Speaking about his plans for returning Labour to power after four election defeats, Sir Keir said: “We have a mountain to climb.”

But he said he is breaking his leadership into “phases”, with the next six months involving answering the question: “What’s our positive vision for the country?”

He added: “This is going to take four years. And we’re going to have to be at this every day, every week, every month for the whole of the four years.”

The Labour leader’s comments come as one in three people in the UK are now living under tougher social restrictions.

Merseyside became the latest area to enter into a local lockdown on Saturday. Similar restrictions were also applied in Warrington, Hartlepool and Middlesbrough to tackle the spread of the illness.

On Saturday, the UK announced another 12,872 new cases of coronavirus, and reported a further 49 people have died within 28 days of testing positive for Covid-19.

Meanwhile, the Scientific Advisory Group for Emergencies (Sage), which advises the UK government, say it is still “highly likely” the epidemic is growing exponentially across the country.

Its latest R number estimate – indicating how fast the epidemic is growing or falling – rose to between 1.3 and 1.6.