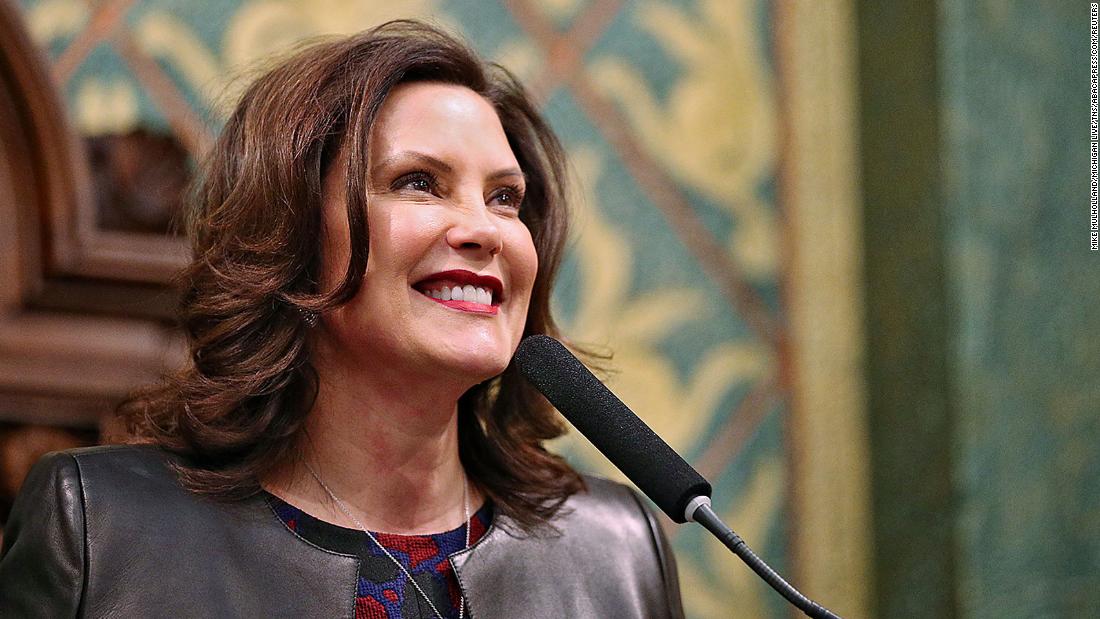 Two Democrats familiar with the search told CNN on Thursday that Whitmer remains in serious contention. Whitmer’s name had receded over the summer from some lists of prominent contenders, but Biden has always found her impressive, officials said, and he has continued to build their relationship.

Another Democrat familiar with the vetting process tells CNN the Biden has also met with additional prospective running mates. It’s unclear at this time who exactly the former vice president has met with.

The Associated Press was first to report on the meeting with Whitmer. The Biden campaign declined to comment.

No individuals are named on flight records and one of the Democrats familiar with the search declined to say where the meeting took place.

Whitmer’s office would not confirm whether she has met with Biden.

“We are unable to confirm this, and we don’t discuss the governor’s personal schedule,” Whitmer’s spokesperson Tiffany Brown told CNN Friday night.

The consideration of Whitmer suggests Biden has yet to decide whether to choose a woman of color, which many supporters and Black leaders have urged him to do, in the wake of summer protests over police brutality and systemic racism.

He also is believed to be considering California Rep. Karen Bass, chairwoman of the Congressional Black Caucus, Sen. Elizabeth Warren of Massachusetts and Sen. Tammy Duckworth of Illinois, people familiar with the search say.