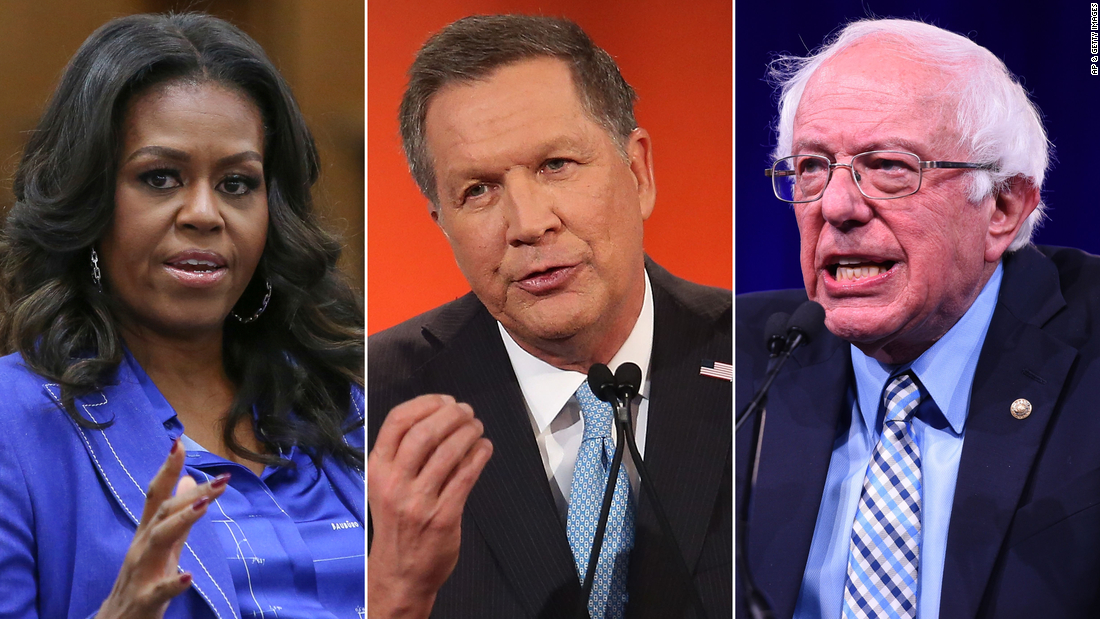 The speakers represent a wide political spectrum of support for former Vice President Joe Biden. Sanders is a key leader of the left-wing of the Democratic Party while Kasich ran for the GOP nomination for president in 2016. The former first lady is wildly popular across the Democratic Party.
Democrats announced this week that presumptive nominee Biden and his running mate — who has yet to be announced — would not travel to Milwaukee after all, due to safety concerns related to Covid-19. Instead, Biden will accept the nomination from Delaware.

Normally the political conventions fill four days full of programming from a jam-packed arena. This year Democrats will move the event online and programming will be condensed, running for only two hours each night. The convention is slated to take place from August 17-20, after Democrats pushed their convention back by a month because of the coronavirus pandemic.