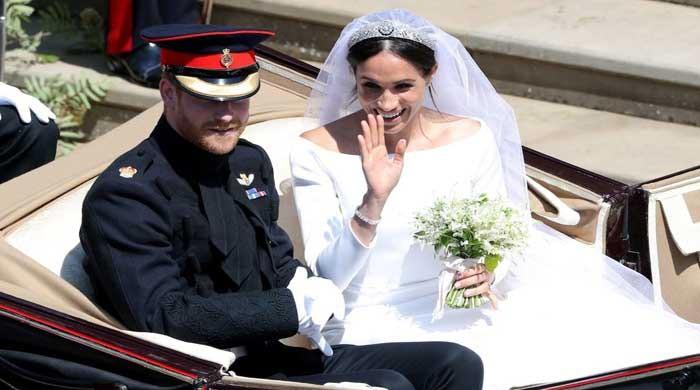 Meghan Markle has broken royal traditions of  sorts ever since she got married to Prince Harry in 2018.

The Duchess of Sussex embarked on a journey of challenging the royal customs right on the day of her marriage, reported Hello! magazine.

Markle wrote her own speech  breaking with royal tradition, apparently.

“Typically, English royal weddings include a speech from the best man, the host and occasionally the groom, but rarely the bride,” the outlet reported.

There was speculation about the same in 2018,  which stated that Markle did in fact  give a speech in which she thanked the Royal Family for welcoming her.

The claim has been backed by new royals book Finding Freedom which notes that the Duchess recounted various experiences of her past life in the speech.

As per Us Weekly, Markle thanked mom Doria Ragland, without mentioning her dad and all the drama.

She also referenced her first marriage, telling Harry that finding love was “worth the wait.”