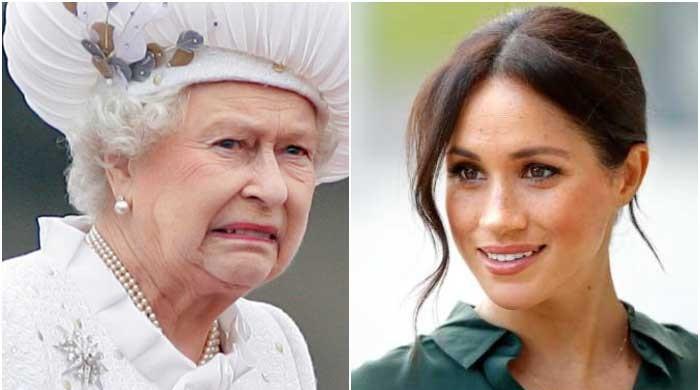 Queen Elizabeth II is reportedly so upset over Meghan Markle’s new investment deal, with a start-up that produces oat milk lattes, that she has called for the eventual removal of the Duke and Duchess of Sussex’s titles.

Good Morning Britain host Piers Morgan claimed that “sources close to the palace are just not happy about this overt, commercial activity”.

Piers said that it looked “tacky” for her to publicise her commitments as it appeared that she was using her title to boost her deals.

“It’s tacky, it’s royals for hire, royals for rent. I remember Prince Michael of Kent in America many years ago was flogging bits of royal memorabilia on American TV programmes, it was stopped within days by the Queen,” he said.

However, the host commented that the Queen was unlikely to stop Meghan due to laws but added that the move called for the likely removal of their titles.

“She won’t stop Meghan Markle from doing this because they’re a law unto themselves.

“But I think as that review continues as to how well they’re behaving as royals, that review will be published in March by Buckingham Palace,” he said.

“This sort of thing will speed up calls for them to be stripped of their title of HRH. HRH’s should not be flogging coffee even if it is environmentally-friendly and getting it promoted on a chat show.”

Meghan, who secured a multimillion-pound deal with Netflix, has begun to build her investment portfolio with Clevr Blends, run by Hannah Mendoza, being the first to be publicised.

“This investment is in support of a passionate female entrepreneur who prioritises building community alongside her business,” she said.

“I’m proud to invest in Hannah’s commitment to sourcing ethical ingredients and creating a product that I personally love and has a holistic approach to wellness. I believe in her and I believe in her company.”