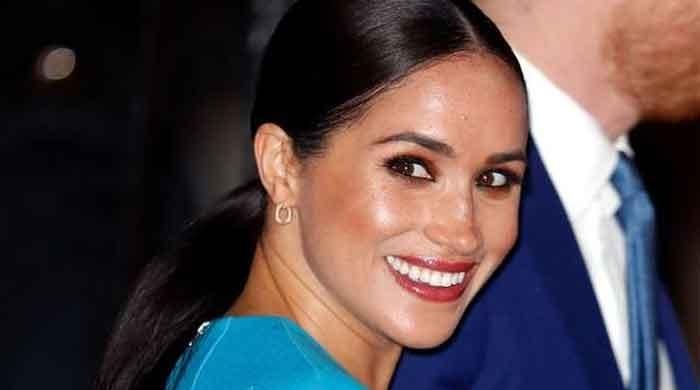 When Prince Harry and Meghan Markle decided to step away as seniors of the royal family in March it was thought that they wold be seen less in public but quite the opposite has happened, which does not sit well with some.

In Meghan’s latest appearance on CNN, she gave an emotional speech to honour those that were affected by the Covid-19 pandemic.

In the video, she appeared to be filming in the garden of her and Harry’s Montecito residence in California.

Sporting a simple nude top, some eye make-up and plum lips, she lauded “human spirit and the remarkable ways that communities respond in challenging times”.

“We saw communities standing up and taking action. When kids’ lunch programs came to a halt, we saw our neighbors make sure that those children received the nutrition they need,” she said.

“And when those who are immunocompromised or most vulnerable couldn’t leave their homes, we, as a community, showed up to deliver the food they needed to their doorsteps.”

While many extended their support to Meghan others were critical of the move and expressed confusion over whether she still has a royal title.

One Twitter user wrote: “She isn’t a duchess anymore!”

Another wrote: “But she’s not a duchess anymore, right?”

Another user lambasted Meghan for backing away from the royal family only to be stepping into the spotlight once more.

“For someone who wanted privacy, we are seeing her more than when she was ‘working’. Enough already,” the user wrote.