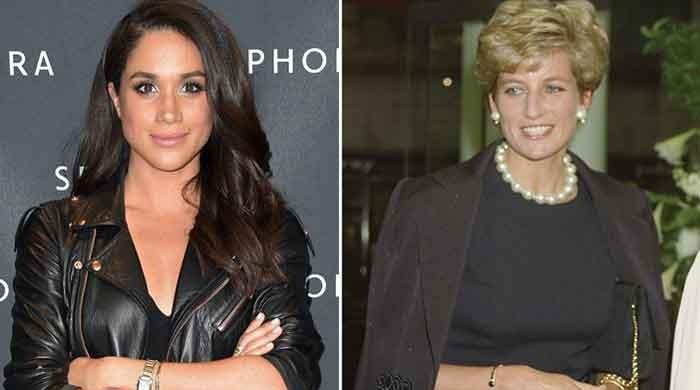 Princess Diana left some of her incredible jewelry collection to her sons after her tragic death in August 1997, the young royals had the opportunity to select a specific piece to keep.

Prince William chose Diana’s gold watch, and Prince Harry chose to have his mother’s engagement ring. But now, Meghan Markle is seen wearing that special watch, leaving royal fans in query that how she got the watch.

Meghan has worn it on several occasions. The most recent was at Fortune’s Most Powerful Women Summit on September 29.

“Clearly, even though it was not what he originally selected as a special keepsake, Diana’s watch is something that holds great significance for Harry,” a media outlet, citing source, claimed.

Her father John, Earl Spencer, reportedly gave the watch to Diana as a gift for her 21st birthday.

In late 1997 – just before their first Christmas without their mother – Harry and William visited Princess Diana’s apartment at Kensington Palace. In the 2017 Amazon documentary The Diana Story, her butler Paul Burrell revealed Harry wanted to keep his mother’s engagement ring.

Burrell recalled that William actually chose first. He was 15 at the time, and he asked for the gold Cartier Tank watch. Princess Diana owned several timepieces. But, the 18-carat yellow gold watch was her favorite.

Burrell revealed that Harry told him the reason for his choice. “I remember when I held mummy’s hand when I was a small boy and that ring always hurt me because it was so big” .

When Harry and Meghan announced their engagement in 2017, they sat down for an engagement interview with the BBC. This gave royal fans the opportunity to see Meghan’s engagement ring for the first time. And Harry explained in detail how he created the special piece of jewelry.

The Queen, Prince Charles, William to focus on ‘the small print’ in Megxit review: report

Prince Harry under fire for silence on ‘The Crown’: report