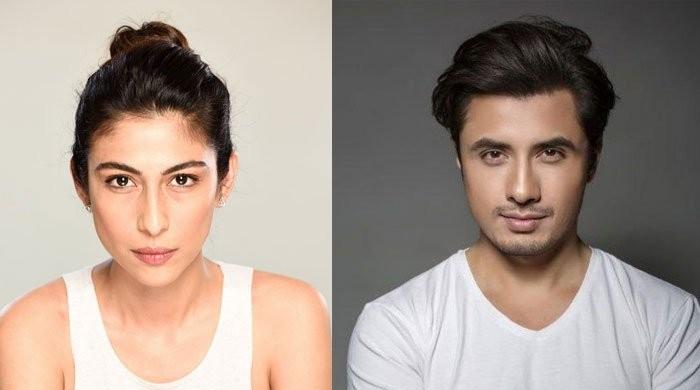 Federal Investigation Agency on Tuesday found singer Meesha Shafi guilty of staging a smear campaign against Ali Zafar after alleging in 2018 that he sexually harassed her.

According to Dawn, an interim challan was submitted by FIA’s cybercrime Lahore wing, before the court overlooking the FIR registered on Zafar’s complaint after Shafi accused him of sexual harassment in April 2018.

According to FIA, Shafi could not present witnesses before the court that would back her allegations against Zafar, thereby making her statement against him ‘defamatory’ and ‘false.’

Back in November 2018, Zafar had filed a complaint with FIA’s cybercrime wing, claiming he was receiving threats from multiple social media accounts.

As per Zafar, several fake accounts were created as part of a smear campaign against him. He also alleged that the profiles were linked to Shafi.

“A twitter account @nehasaigol1, which posted 3,000 defamatory tweets against me and my family only in one year, [was] created 50 days before Meesha’s allegations of sexual harassment,” he had told FIA .

Shafi and her team of lawyers had presented themselves before the FIA in December 2019 but could not present witnesses to back their claims.