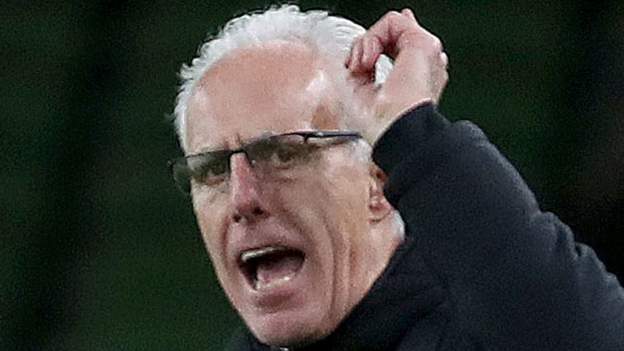 Former Republic of Ireland boss Mick McCarthy has been appointed manager of Cypriot champions APOEL on a deal which stretches to May 2022.

The 61-year-old, whose club posts have included Wolves and Ipswich, left the Republic of Ireland job in April.

McCarthy attended APOEL’s game against Apollon on Saturday before being confirmed in the post on Monday.

His assistant will be Terry Connor, who worked with him at Wolves, Ipswich and the Republic of Ireland.

A statement on the Nicosia-based club’s website confirmed the duo’s arrival.

“We welcome both of them to APOEL and we wish them to immediately help the team return to good and substantial performances so that it can meet its goals, which are to win titles.”

APOEL are the most successful team in Cypriot league history but have made a poor start to the season and currently sit 10th with nine points from eight games.

A run of four games without a win proved the end for Greek coach Marinos Ouzounidis, who was the Nicosia team’s 12th permanent coach since 2015.

McCarthy’s first match in charge of APOEL will be against second-bottom Ethnikos Achna on Saturday.

Stephen Kenny succeeded McCarthy, who was in his second spell as Republic manager, six months ago.

Return of fans ‘something to celebrate’