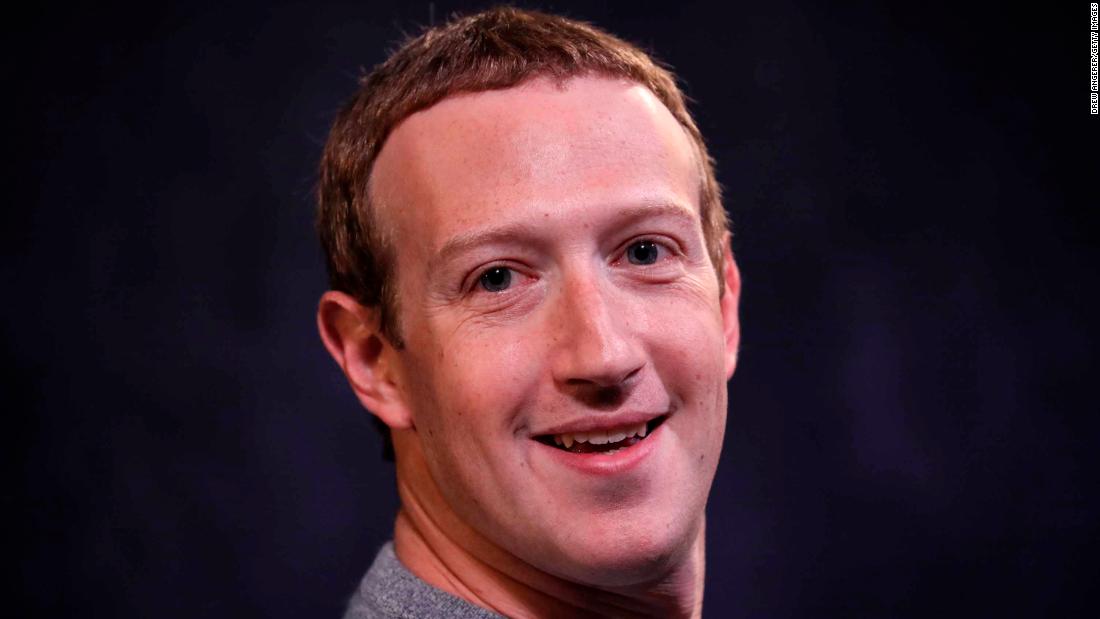 The Facebook (FB) CEO on Thursday became a centibillionaire: someone who is worth at least $100 billion. He crossed the milestone after shares in the social network surged. Only two other men, Amazon (AMZN)‘s Jeff Bezos and Microsoft (MSFT)‘s Bill Gates, have bigger personal fortunes.

The 36-year-old is also Facebook’s chairman and controlling shareholder.

Zuckerberg’s wealth got its latest bump as Facebook’s stock climbed 6.5% Thursday, a day after the company launched its TikTok clone, Reels, on Instagram. The release of the short video feature came just as US President Donald Trump threatened to ban TikTok, the Chinese-owned app that has exploded in popularity over the last year.
Trump made good on that threat Thursday, issuing an executive order that would block TikTok from operating in the United States if its Chinese owner, ByteDance, doesn’t sell the business to a US firm within 45 days.
ByteDance has been in negotiations with Microsoft about a potential sale, though the chief of the Chinese company has expressed reservations about the White House’s forceful approach.

“To those who wish to launch competitive products, we say bring it on,” he wrote in a blog post last week.
The introduction of Reels also came a week after Facebook reported strong earnings. Last Thursday, the company said it had reached a new record of 3 billion users across its platforms, including WhatsApp and Instagram.

The company also noted that it had benefited as more people around the world stayed home because of the pandemic, pushing up its engagement numbers over the quarter that ended in June.

Facebook shares are up almost 30% so far this year, adding $22 billion to Zuckerberg’s wealth.
In 2010, the chief executive signed the Giving Pledge, an initiative started by Warren Buffett and Bill and Melinda Gates to encourage the world’s richest to donate the bulk of their fortunes to charity.
And in 2015, Zuckerberg went a step further, announcing he would give away what he makes from 99% of his Facebook stake.

Opinion: The perfect metaphor for Trump’s treatment of his loyal supporters