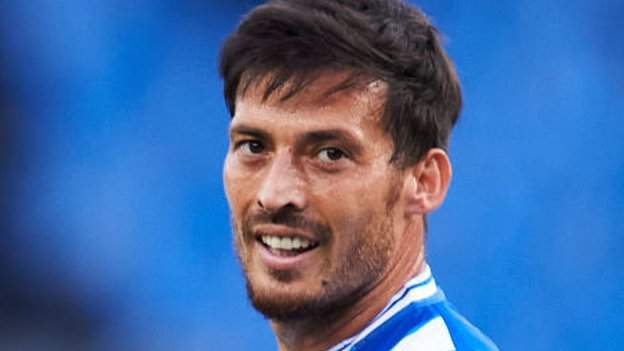 The Manchester City legend moved to Sociedad last summer and will return to the city with his Spanish side.

Leicester will take on Slavia Prague while Scottish Premiership leaders Rangers play Belgian side Royal Antwerp with all ties being played in February.

The winners of the competition will qualify for next season’s Champions League.

Reigning champions Sevilla – who have won the cup six times in the last 14 years – are not involved as they have reached the last 16 of the Champions League.

Jose Mourinho won the Europa League in his only previous involvement – with Manchester United in 2017 – and his Spurs side are currently favourites to win their first European silverware since 1984.

All five British teams were seeded and will play away from home first. Tottenham’s home leg will be played on Wednesday 24 February – a day early – to ensure there is no clash with Arsenal’s home game.

The two legs will take place on 18 and 25 February. Tottenham’s home game will be on 24 February.