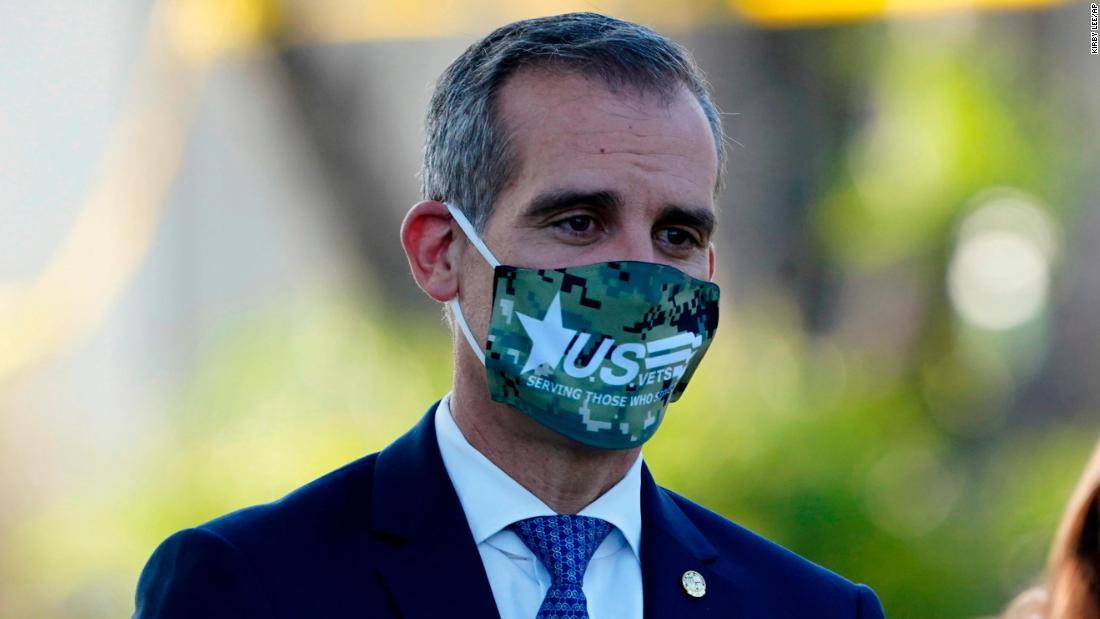 The order targets repeat offenders that have hosted large gatherings several times during the pandemic, Mayor Eric Garcetti said Wednesday.
Over 530,000 people in California have been diagnosed with coronavirus, and over 9,800 of them have died, according to CNN’s US coronavirus case tracker. Nearly 40% of those cases have been reported in and around Los Angeles County, the county’s public health department reported.

Starting this Friday, if the Los Angeles Police Department responds and confirms that a large gathering is taking place at a property, they’ll give notice and request that the city’s Department of Water and Power shuts off service to that property within the next two days.

“This enforcement is not focused on small and ordinary gatherings in people’s homes. These are focused on the people determined to break the rules, posing significant public dangers and a threat to all of us,” Garcetti said during Wednesday’s COVID-19 news conference.

Partying has become a problem in Los Angeles, where cases have surged in the weeks since California reopened. Gov. Gavin Newsom said in late July that coronavirus was on track to become the second-leading cause of death in Los Angeles County after heart disease.
On Monday, a mansion party with over 100 guests on Los Angeles’ ritzy Mulholland Drive turned deadly when someone opened fire, killing one person and injuring four more. Before the shooting, Los Angeles news helicopters filmed attendees without masks on, and most guests filmed were not social distancing.
YouTube celebrities like Jake Paul have filmed themselves hosting or attending large gatherings at their mansions in the area (Paul’s home was recently raided by the FBI for reasons the agency didn’t disclose).
And earlier this week, over 100 Los Angeles first responders attended a party where masks and social distancing were not enforced, according to CNN’s reporting from the scene. The bar that hosted the event said it was meant to celebrate the first responders’ profession.
Dr. Deborah Birx, coordinator of the White House coronavirus task force, said this week that California remains in the “red zone,” with at least 10% of coronavirus tests coming back positive. The virus continues to creep up the state’s Central Valley, which includes cities like Sacramento and Fresno.