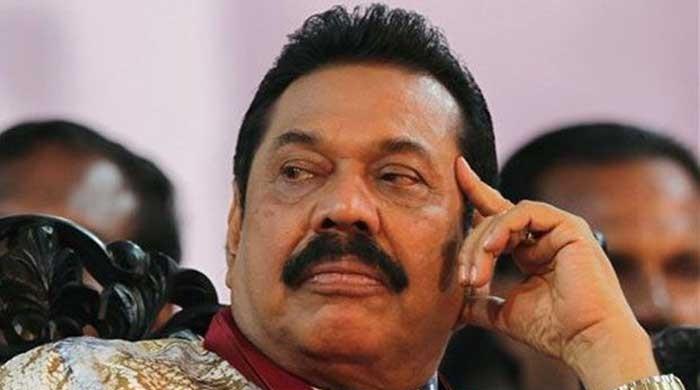 COLOMBO: Sri Lankan Prime Minister Mahinda Rajapaksa on Saturday said he was looking forward to mutual-high level visits between Islamabad and Colombo after Prime Minister Imran Khan extended congratulations to him on his re-election.

“Many thanks to Pakistan Prime Minister Imran Khan for your phone call and warm wishes. I look forward to mutual high-level visits between our countries to strengthen our friendly bilateral ties,” Rajapaksa tweeted on Saturday.

Rajapaksa, 74, and his brother Gotabaya, 71, who was elected president in November, needed to secure a super-majority to carry out their promised roll-back of constitutional changes.

With two-thirds of votes in parliament, they can overturn the reforms made by the previous administration aimed at decentralising power and preventing the rise of another strongman.

Official results showed the party received 6.8 million of the votes cast in Wednesday’s election, which was twice postponed because of the coronavirus pandemic. Turnout was more than 75% of the 16.2-million-strong electorate.

The Rajapaksa family has dominated Sri Lankan politics for the past two decades.

Mahinda was president from 2005 to 2015 but was ousted after a revolt within his own party and a public backlash against alleged nepotism and corruption.

Gotabaya — a former army officer dubbed “The Terminator” by his own family — won comfortably in November’s presidential election, running on a law-and-order ticket while capitalising on government infighting.

He swiftly appointed Mahinda as his prime minister.

The brothers are also viewed as heroes by the country’s Sinhalese majority for orchestrating a ruthless military campaign to end a decades-long Tamil separatist war in 2009 when Mahinda was president and his brother a key figure in the military.