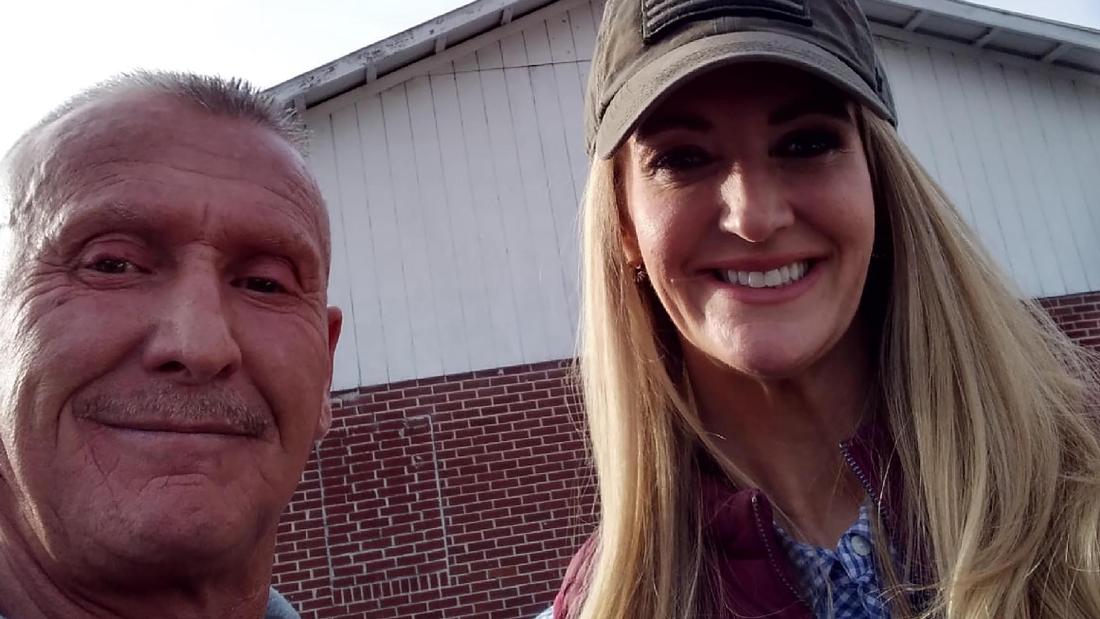 The photo shows Loeffler posing next to Chester Doles, a former Ku Klux Klan leader and member of the neo-Nazi National Alliance who was sentenced to prison in the 1990s for assaulting a Black man in Maryland. Doles marched in the 2017 Unite the Right rally in Charlottesville, Virginia, with the Hammerskins, a racist skinhead gang.

“Kelly had no idea who that was, and if she had she would have kicked him out immediately because we condemn in the most vociferous terms everything that he stands for,” Loeffler’s spokesman Stephen Lawson told the newspaper.

There is no evidence she recognized Doles or sought his support. In September, Georgia House Republican candidate Marjorie Taylor Greene removed Doles from a rally that also featured the Republican senator. A Loeffler spokesman then told the AJC that she was not aware of Doles or the controversy over his attendance.
Doles, who took the photo, posted it this weekend to VK, a Russian social networking site, and it quickly drew criticism from Democrats.

Loeffler and Republican Sen. David Perdue are respectively running against Democrats Rev. Raphael Warnock and Jon Ossoff to protect their party’s control of the Senate. If both Warnock and Ossoff win, Vice President-elect Kamala Harris will break tie votes in the chamber.

The contests have turned increasingly nasty, with Republicans trying to portray the Democratic candidates as socialists who will ruin the country, while the Democrats have attacked the senators over their multi-million-dollar stock trades earlier this year, charging that they’ve profited off the pandemic. The candidates have said their opponents are spreading falsehoods.

Warnock spokesman Michael Brewer seized on the photo, saying there was “no acceptable explanation” for Loeffler’s photo with Doles. If elected, Warnock would be the first Black person elected to the Senate in Georgia.

“While Kelly Loeffler runs a campaign based on dividing and misleading Georgians, she is once again trying to distance herself from someone who is a known White supremacist and former KKK leader who nearly beat a Black man to death,” Brewer said.

What Mars sounds like, and the rover’s welcome party

The rise of the fake commute, and why it’s good for your mental health