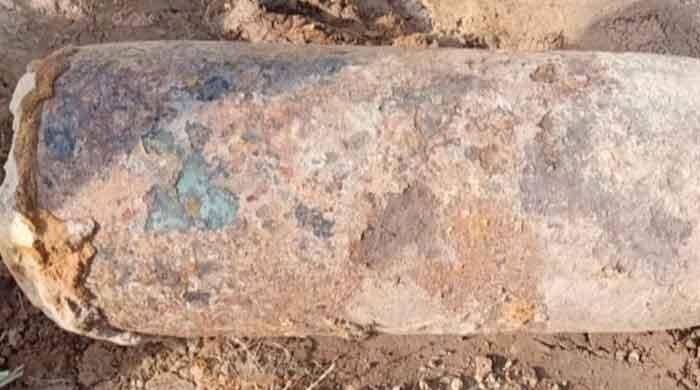 FAISALABAD: Locals in Faisalabad were surprised to unearth a 750-pound bomb on Tuesday, which may have been dropped during either the 1965 or 1971 war with India.

Dug the bomb out as they were digging in the fields near the Faisalabad airport. The 750-pound bomb — in rusty and dilapidated condition — was handed over to the civil defence officials shortly after it was discovered.

According to District Civil Defence officer Rana Abbas, the bomb will be handed over to the Pakistan Air Force.

In protest against #cannoliowners, Urdu poetry recital to be held in Islamabad