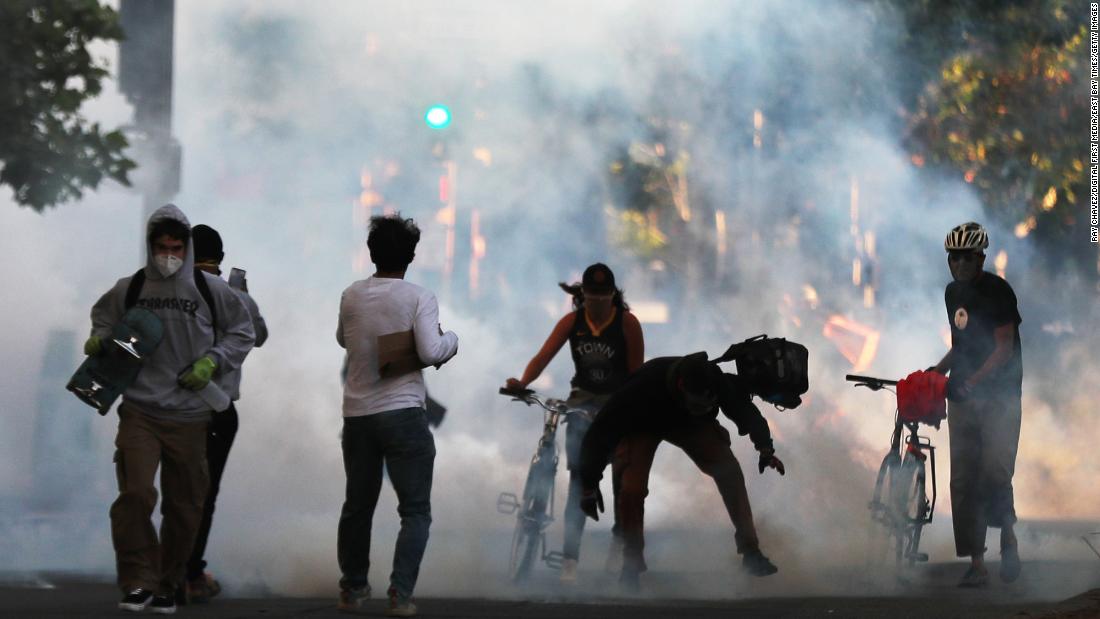 According to a letter to the editor published in the New England Journal of Medicine on Wednesday, a wide array of serious injuries can be connected to law enforcements’ use of what are called “less-lethal weapons,” such as tear gas or rubber bullets.

“Although less-lethal weapons are designed as an alternative to lethal weapons, we found a substantial number of patients with serious injuries, including many injuries to the head, neck, and face,” researchers at the University of Minnesota Medical School wrote.

Demonstrations broke out all over the nation following the death of George Floyd in police custody and in the wake of many other accusations of police brutality. Though the demonstrations were largely peaceful, police and protesters clashed at times, raising criticism over officers’ use of tear gas and rubber bullets.

The researchers scanned thousands of records for patients who were seen at clinics and emergency departments in two medical systems in Minnesota from May 26 to June 15. The researchers took a close look at those whose records included the words “riot,” “tear gas,” or other terms related to the protests.

The researchers found 89 records that met that criteria — and among them, 51% were for injuries from projectiles, such as rubber bullets or beanbags; 36% injuries from chemical irritants, such as tear gas; and 13% injuries from both types of weapons.

The researchers noted that seven patients underwent surgery for their injuries and 16 patients had traumatic brain injuries. Among the patients, 87% had mild injuries, 9% moderate and 4% severe, according to the letter. But the researchers added that their findings only represent the injuries for which people sought treatment.

“United Nations guidelines state that these weapons should only be aimed directly at the extremities and that hits to the head, neck, and face are potentially unlawful,” they wrote.

“Although the results represent only a single region in a worldwide protest, these findings reveal that under current practices, projectiles are not appropriate for crowd control.”

How Trump’s most consequential policies have changed America