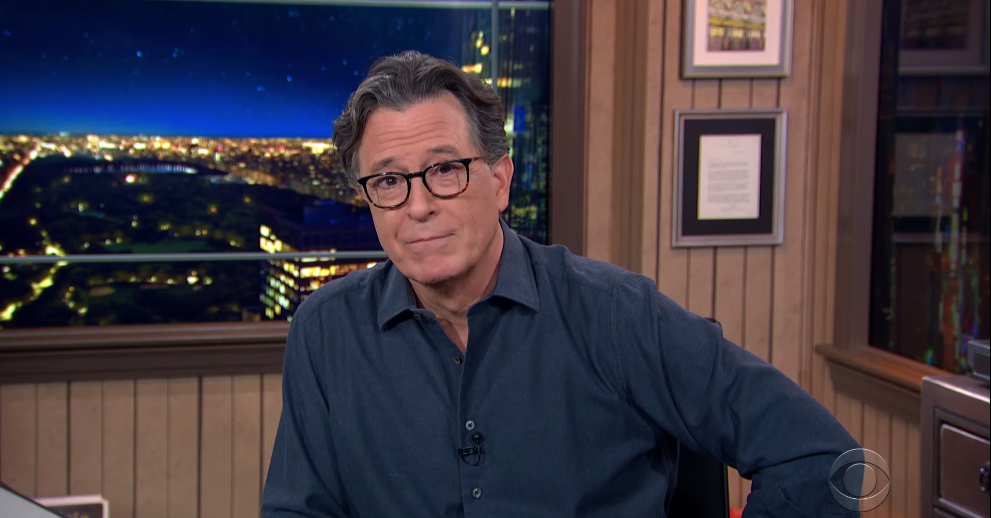 “Yes, she doesn’t work with them at all. It’s just a coincidence that during Giuliani’s two-hour press conference, she was onstage the entire time. It’s a simple mix-up. They invited Sidney Powell, but they meant to invite Sidney Powell Total Landscaping.” — STEPHEN COLBERT

“And if you thought Rudy was bonkers, this lady is crazier than a cereal mascot.” — SETH MEYERS

“Here’s how big of an embarrassment she was to the Trump team: The guy who held a press conference next to a sex shop, and last week had hair dye running down his face and who wears loafers that look like clown shoes — that guy? Still on the team.” — JAMES CORDEN

“Seriously, you know how nuts you have to be when Rudy Giuliani’s head starts leaking and you’re the one who gets fired?” — JIMMY FALLON

“Man, you’ve got to be pretty crazy if Rudy Giuliani thinks you’re a liability: ‘Sorry, Ms. Powell, but you’re a loose cannon. Now, if you’ll excuse me, I’m late for a press conference where I say Joe Biden is the Hamburglar.’” — SETH MEYERS

CNN Poll: Republican Party favorability dips as most want party to move on from Trump