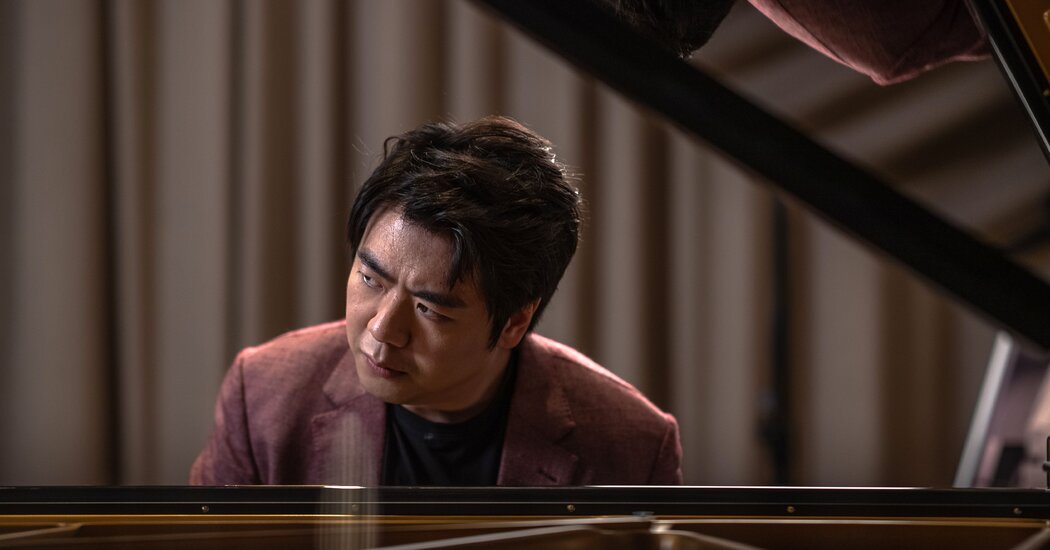 Above the opening measure, Mr. Lang writes, “Don’t just play, feel the notes softly come out from your fingers and heart.” At the end, he has a final reminder: “The main melody comes many times, must be played with different shapes, colors, characters.”

These two comments suggest why — for all his playing’s uncanny virtuosity, wondrous control of shadings and sound and unbridled urgency — I and many others have long found Mr. Lang’s performances overindulgently expressive and marred by exaggerated interpretive touches.

What does it mean to feel the notes come from your heart? How do you do that? And if a melody in a short piece keeps returning, as in “Für Elise,” why must it be played differently each time? That approach risks making the music seem mannered, even manipulated. The comment suggests that it doesn’t occur to Mr. Lang that maintaining the essential contour, flow and character of a wistful melody like this one might actually enhance the expressive impact of the music. And for all the soft-spoken beauty of his performance, it comes across as fussy and affected.

My frustrations with Mr. Lang also apply to his latest recording, which includes two accounts of Bach’s monumental “Goldberg” Variations. One was made in a studio in Berlin; the other was recorded live in St. Thomas Church in Leipzig, Germany, where Bach worked for the last 27 years of his life. I focused on the studio version, which Mr. Lang said he prefers in a recent interview with New York Times — though he added that he likes the spontaneity of the live performance.

Mr. Lang could play this formidable piece from memory as a teenager, but waited until this spring, just before turning 38 — and after being sidelined for more than a year with a left-arm injury — to record it and take it on tour. He wound up playing only three of the concerts before the coronavirus pandemic canceled the remainder.

For a pianist whose stardom was fueled by dazzling performances of Romantic concertos, Mr. Lang’s venture into Bach’s touchstone score was a risk. There is a large discography of exceptional recordings. And what constitutes proper Baroque style is hotly debated, even among specialists.

Mr. Lang’s seriousness of purpose permeates his “Goldbergs.” Still, indulgences appear from the first measures of the tranquil opening Aria, which provides the bass line (and harmonic patterns) from which Bach generated 30 variations. Mr. Lang takes a restrained tempo and plays with warm, subdued sound. His execution of clipped rhythmic figures and embellishments is somewhat pronounced, though within the bounds of Bachian style.

But Mr. Lang can’t resist tugging and pulling at phrases. The result is that the Aria lacks flow and shape. Moment after moment, Mr. Lang keeps you hanging, and hanging. This opening section has never seemed so long.

What does it mean to play expressively? Compare classical music to film. Film buffs recognize overacting in a flash, and won’t put up with it. Mr. Lang, I think, does the equivalent of overacting in music; his expressivity tips over into exaggeration, even vulgarity. He has won ardent fans for the sheer brilliance and energy of his playing. But many also respond to moments of deep expression, when he sure seems to be doing something to the music, almost always reflected in his physical mannerisms.

In classical music, unlike in film, players are often performing repertory works, like the “Goldberg” Variations, which are familiar to their audiences. Listeners are judging a performance based on its differences from others they’ve heard, not merely in a vacuum. The key, I’d say, is the proper mixture of bold personality — difference from the norm — and subtlety, taste.

Taste is, of course, a subjective thing. But there is reason to question Mr. Lang’s. Yes, a melody can be sung or played with expressive touches by bending a phrase, prolonging a note, delaying an entry.

But even music that seems lyrically flowing, with melodic lines that spin and weave — like the slow movement of Bach’s “Italian” Concerto, or any Chopin nocturne — have an underlying structure, much like the underlying metrical structure of a poem. Even prose unfolds in clauses, sentences and paragraphs. The risk of stretching music — especially to the degree that a sense of pulse becomes weak — is that the shape of a phrase, a passage or an entire section becomes entirely lost in a profusion of expressivity.

Variation 3, for example, is the first of the periodic contrapuntal canons in the score, with one line followed a couple of beats later by its echo. The two lines intertwine gracefully above a steady bass pattern of eighth notes that soon becomes more animated. Mr. Lang takes a slow tempo and keeps stretching the mingling lines as they flow over the bass. But the playing is so yanked around rhythmically that the music sounds labored. He makes things even fussier by a constant use of crescendos that swell and subside, like a squeeze box.

In his 2013 recording, Jeremy Denk approaches the “Goldbergs” intent on bringing fresh spontaneity to the music. It’s certainly a strong interpretation. In Variation 3, which he plays just a little faster than Mr. Lang, Mr. Denk is not shy, articulating the bass line with detached staccato touch and giving lyrical independence to the two upper lines. Yet the performance is lithe, undulant and cogently phrased. It’s lovely.

On the young pianist Beatrice Rana’s splendid 2017 recording, she takes a quicker tempo, yet plays with beguilingly subdued sound and just a trace of impishness. Bach structures his variations in two sections, each one repeated. In Ms. Rana’s performance of Variation 3, each section seems like it’s emitted in a single breath.

Mr. Lang fares better in the faster, more pulsing variations. But even in these — for example the 10th, a bracing four-voice fughetta — he can’t help himself. On the surface this is bright, crystalline playing. Yet Mr. Lang seems determined to project each voice with emphatic clarity. The music winds up feeling confusingly complicated. The way he punches out accents is almost pummeling. The four voices come out clearly, but much more naturally, in Ms. Rana’s spirited yet restrained, nuanced performance.

The 26th Variation is a whirlwind of spiraling passagework that tests a pianist’s technique. Not surprisingly, Mr. Lang dispatches it effortlessly at a breathless tempo. But so does Ms. Rana, who plays with wondrous lightness and sparkle, yet uncanny poise, which actually enhances the excitement: You listen in awe, wondering how she can bring out both qualities at once.

The sublime 25th Variation, a slow, achingly lyrical rumination with passages that explore bold realms of chromatic harmony, invites a performer to play with brooding expressivity. But Mr. Lang’s performance is so contorted I find it almost unlistenable. Both Ms. Rana and Mr. Denk play the music eloquently in seven minutes or less. Mr. Lang’s lugubrious account clocks in at over 10 minutes.

It’s like he’s attempting to show us how deeply he feels the music, to prove that it’s truly coming from his heart. But as a listener I don’t care about his feelings; I care about mine. He has to make this music touch me, not himself.

Mr. Lang brought enormous dedication to his “Goldbergs” project. Yet in an admiring 1940 review of the distinguished pianist Josef Lhevinne, Virgil Thomson wrote that “any authoritative execution derives as much of its excellence from what the artist does not do as from what he does.” Mr. Lang surely does too much.

The QAnon conspiracy is fake. The harm it’s doing to child welfare groups is real